I was in the mood for some silly PNR. It happens to me every now and then, and I’ll admit to the healing power of sperm being my guilty pleasure when it comes to romance tropes. My favourite monster is the vampire. I’m not a big fan of the soulmate thing that often comes with werewolves but if it’s done well I’ll cope LOL. But werewolves weren’t what I was looking for when I stumbled upon Trouble (Omega #1) by Eileen Glass.

Looking for werewolves or not, I finished it in one go. Then I went on to buy the next, and the next, then I hesitated a little before I bought the next. That’s where I stopped. It’s the classic scared Omega who is picked up by an alpha who’s actually nice even though Alphas are arseholes in general. The four stories I read were all a constant build-up to the claiming that will happen sometime in the future.

I’m willing to bet my life many will love this series. It’s hot, and the characters are nice even though I’d like to hit them at times. The reason I didn’t buy the next book in the series is that I grew a little tired. I’m quite impressed, though. The last story I read was Upended (Omega #4) and that’s  86 pages of sex, more or less. I doubt I could write that.

I really like the covers, too. Most often with werewolf stories, you get the naked torso with a wolf in the background. It’s all good, you know what you’re getting into, but these covers are classier and that was what made me click the buy button in the first place.

If you’re into Alphas and Omegas, check this series out. The first book Trouble (Omega #1) is free, so you have nothing to lose. 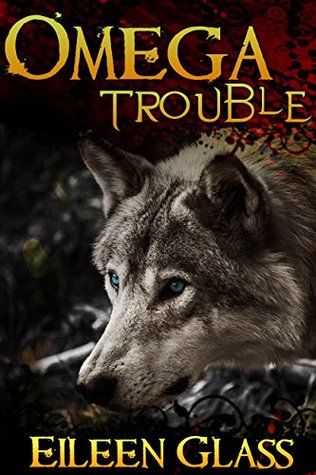 Alluring but barren, omega is an unfortunate affliction Skye is trying to outrun. He gets away with it for several years, fleeing to a new city whenever the wolves get too close, but his survival mechanism creates a terrible, unforeseen result. By dodging and ducking every rogue alpha to approach him, the one that finally keeps up is the size of a truck. Liam is not a wolf to be disrespected, and Skye is all too aware of his place in the pack. Natural selection has never been kind to him.

But, strangely, Liam sort of is.

OMG! I read Thirteen: Part One (The Others Project #2) by Adrienne Wilder and I had promised myself not to, not until Part Two was out. Why did I?! *wail* Well, I know why. I really liked Seven and have been waiting for the next part of the series for ages (feels like ages at least), and every time I’ve gone through my TBR list I’ve seen that green number there.

I’m not overly big on Sci-Fi, or rather this is my kind of Sci-Fi. I tend to avoid the first contact alien invasion kind of stories but books like this grab hold of me and never let go until there is nothing left to read.

It was awesome, though. I love the grittiness of the world presented and I really hope there will be more Others books…soon. 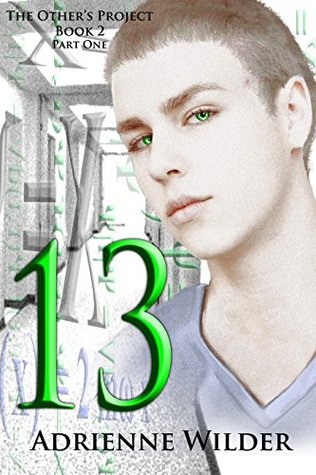 Book Two (part one) of the Other’s Project.

Quinn Farlin’s life just went from the frying pan into the fire.

All because he made one stupid mistake: he fell in love. Then he was left behind by the love of his life as payment for her freedom. Now Quinn lives as a slave to the Kent Family Empire; counterfeiting, money, paintings, rare coins, and anything else to keep his knees intact and his heart beating.

There seems to be no way out until one night a fireball falls from the sky and a mysterious voice on the phone saves his life. All the stranger asks in return is help for friend.

A friend with scars down his spine. A tattoo of the number 13 on the back of his neck. A friend who upon meeting Quinn can read his mind and watches him with adoration.

And while Quinn is convinced he’s still in love with the woman who left him, his heart has other plans.

Now it’s just a matter of staying alive; a task easier said than done, since nothing is what it seems to be, and the world he’s always known just fell down the rabbit hole.

This Friday I’ve read Tully Vincent‘s Drawing Love. It’s been out for almost a year but I first saw it now – shows how good I am at paying attention. I’ve been meaning to read Tully Vincent’s debut story, The Last Yeti, since it came out in 2015 but it’s still there on my to-read list *sigh*.

I’m glad I read Drawing Love as soon as I saw it, though. It’s super cute.

Taylor is organising the Cupid Dance at his school. The pressure is wearing on him, as is having to make a decision about what to do in the future. All the stress is making his agoraphobia worse and walking through the school doors is threatening to set off a panic attack. But, turns out, Taylor isn’t the only one being nervous today. Gordon, Taylor’s kindergarten sweetheart, has something he wants to ask Taylor.

Drawing Love left me smiling, and it managed to do so in only nineteen pages. I love short fiction when it’s done well! 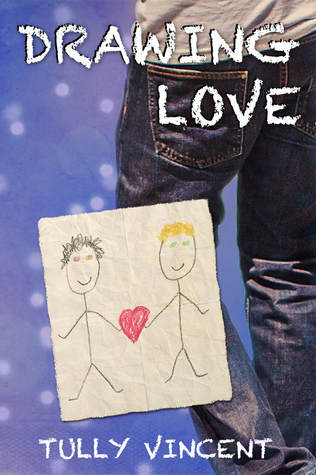 Taylor Elliott takes being head of the Cupid Dance decorating committee very seriously–he’s determined to dazzle his fellow students with his knack for glitz and glamour. Until the committee’s techie bails at the last minute and Taylor’s agoraphobia kicks in, leaving him on the verge of a panic attack. Can a childhood cupid show Taylor how to use his flair for creating sparkle in a whole new way?