This was just what I needed! I got Landslide by Mary Calmes from a giveaway not too long ago. Every now and then I need me a Calmes fix, so I was snuggling up on the sofa with a glass of wine, and got ready to be swept away. Yes, you know what you get when reading Mary Calmes, but isn’t that sort of the point?

But, while this is typical Calmes with the big, strong, alpha male with a need to protect the man he loves, the other man in this story isn’t a copy of Jory from A Matter of Time. Frank is overweight and struggling with it, and people aren’t falling to their knees to worship him. No, he’s just a normal guy… well, almost. He’s a courier for the paranormal, friends with a werewolf, and in love with a demon, so not so normal.

I love the opening scene. Frank has been hurt and is bleeding, a lot. Cael, the demon who loves him, is standing on the other side of the front door trying to talk Frank into letting him in – he doesn’t.

Demons, can’t say I’ve ever been a fan. I’ve read a few M/F books (Lords of the Underworld, Demonica, some Jeaniene Frost books with demons), but I don’t think I’ve ever sat down and searched for a demon book the way I do with vampires, werewolves, magic users or whatever else I might fancy reading. I liked Cael, though. Always fun when a superior guy who can have everything he wants get frustrated.

This is a rather short story, and you can get it through Prolific Works, at least you could last time I checked. 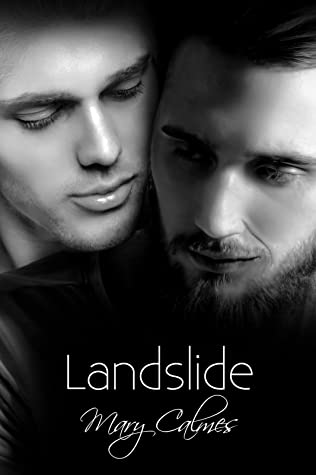 For three years, paranormal courier Frank Corrigan has been working for incubus demon Cael Berith. Cael knows Frank is his mate, but Frank is pretty sure Cael doesn’t even like him, never mind want to spend the rest of his life with him, so their personal relationship is at an impasse. When Frank’s sister, Lindsey, gets bitten by a werewolf she’s sleeping with—and possibly witnesses a murder—Frank rides to her rescue. If he’s lucky, he might just save his love life too.

I – I Will Meet You at Asphodel’s Pit

Escape the Corona by going to Carona… 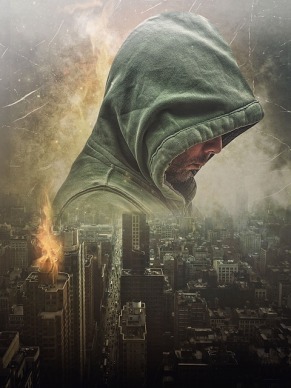 Yesterday, I was talking to Al Stewart and Amy Spector about the virus. It’s interesting having friends in different places around the world. For weeks now, we’ve been comparing news, sharing what directives are given, and so on.

But yesterday, I said we should do a giveaway for everyone who is quarantined (I’m not yet, but I suspect we’ll get there sooner or later). The idea slipped away while we were chatting, but then right before I went to bed it hit me – the city The Maddest of Men and The Lords of Lettuce takes place in, is named Carona.

So while sipping on my morning coffee, I fixed a giveaway for The Maddest of Men over at Prolific Works. It runs from now to March 31, so please share it with everyone you know.

The Maddest of Men is a post-apocalyptic story – fitting, right? LOL Though the apocalyptic state is caused by climate change and wars instead of a pandemic. Some people have special powers and have to hide or be…shall we say quarantined? They’re being locked up because common people fear them.

Grayham stared at his red-smeared knuckles in distaste. A few specks of blood grew larger on the cuff of his shirt as the fabric soaked it up. Fucking typical. He hoped the suit jacket would cover it. He hadn’t brought a spare dress shirt—he didn’t own a spare dress shirt, and he didn’t want to own one.

Cole groaned, the raspy sound amplified as it hit the concrete walls of the empty room. His chin almost touched his chest where he hung in his restraints on the chair. Grayham didn’t want to look at him, but what could he do? The job needed to be done.

“Okay, let’s go over this again. Who did you sell the information to?”

“I didn’t sell any information.”

Grayham felt warmth glow in his chest and stopped to study Cole. The perfection Grayham saw every day was ruined by the smudges of blood. A tooth had been knocked out, making a steady stream of bloodied spittle trickle down his chin. It was a shame. He liked Cole; liked might be the wrong word, but he’d grown accustomed to having him around. He’d even believed he was one of the smart ones. Apparently, he’d been wrong since he’d failed to get paid for double-crossing Cham.

“Did you leak any information about Cham or the firm?”

“No.” The crackling voice sent a trail of cold pinpricks down his spine—a lie. Grayham heard the crunch of his fist connecting with Cole’s nose long before the pain in his knuckles blossomed. He shook out his hand, tired beyond belief of this crap. It didn’t matter, though; he needed to get it sorted in time to get back to the reception. Why he needed to be at some fancy party, he didn’t know, but Cham wanted him there.

Grayham scowled and massaged his temples. The right question, he needed to ask the right fucking question.

Cole spluttered, angry eyes glaring, and then he spat. A blob of blood-filled saliva landed on the shiny surface of Grayham’s left shoe.

Grayham clenched his teeth and watched the small puddle. Okay, time to get this mess out of the way.

And it gets worse from there, but if you’re okay with that grab a copy, and enjoy your isolation the best way possible – by reading!

Get your copy here! 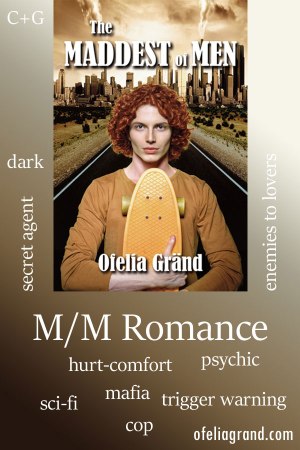 I used to do a lot of reading challenges in the Goodreads M/M Romance Group. I’ve done A-Z challenges for titles, characters, and cover hunts, the Whips and Kisses game, the Shelfaton, the Around the Country in 50 Books Challenge, and probably some more I can’t remember.

It’s all great fun, and I get a bit manic when I can cross things off a list (For my everyday life I use Habitica.com, check it out if you like crossing things off a list LOL), but the more time I spend writing, the less time I spend reading. That’s not quite true, I still have periods when I read a lot, but it doesn’t happen as often as it used to.

So, I figured I’d do me an A-Z Title Challenge so I get to read and check thing off – two of my favourite things LOL.

For B,  I’ve read Bearly Dating by Calandra Hunter. I was in the mood for some bear shifters. I wrote a bear shifter story, so now I figured I’d read one.

Jonathan is a bear shifter who doesn’t want to shift. He has the most annoying family, constantly pestering him about finding a mate and moving back home so he can be closer to other shifters. When Jonathan’s grandparents’ wedding anniversary comes up, he gets the brilliant idea of going with a fake boyfriend.

Eric recently broke up with his cheating ex so when his friend asks a favour – for him to play her boss’ boyfriend for a weekend – he says yes, thinking he could use a weekend to get away.

As often is with fake boyfriend stories, the attraction between the two grows, and when something happens that forces Jonathan to shift, things change forever.

Bearly Dating isn’t a story filled with surprises, but that’s okay. Shifters and pretend boyfriends, how else could it have turned out? I wanted to strangle Jonathan’s mother, though. So annoying LOL.

Jonathan Goddard is a bear shifter with three problems: 1, he doesn’t like shifting and has ignored his bear for years. 2, his family is pushing him to find a partner and settle down. 3, he’s just lied to his overbearing mother that he’s bringing a boyfriend to his grandparents’ wedding anniversary to stop her from setting him up with random guys. The solution? Bring a fake boyfriend and pretend to be in relationship for one weekend, then go back to his happy, single, bear-free life.

Eric Warden has recently broken up with his cheating ex-boyfriend, and a weekend of pretending to be someone else sounds like the perfect distraction from his heartbreak. Pretending to be the boyfriend of a fun, attractive guy like Jonathan will be easy — so long as Eric can ignore his growing, genuine attraction to the other man.

From the moment Jonathan meets Eric, he starts to wonder if maybe they could have more together than just one weekend. But first, he’ll have to deal with his bear who doesn’t want to be ignored any longer and a family that’s already planning their wedding.

Surrounded by dozens of nosy family members, a terrible thunderstorm and an aggressive inner bear, can Jonathan and Eric find a future together, or will they only be bear-ly dating?

This is a 45000 word stand alone bear shifter romance. No cliffhangers.

I – I Will Meet You at Asphodel’s Pit