It’s time for the monthly Read Around the Rainbow post! If you haven’t read one before, we’re a group of authors who blog on the same topic once a month. You’ll find links to everyone’s post at the bottom.

What are your top three non-romance reads?

This month, we’re doing a list post with our top three non-romance reads. I have a problem. When I sat down to think about what to write for this post, I realised I only read romance – not only. I might read a few mysteries without any romance in them or urban fantasy without any romantic subplot. But 99% of everything I read is romance.

I read some non-fiction too. Mostly relating to writing craft or book marketing, but also about chickens and gardening.
And being a teacher, even though I haven’t taught a class in almost thirteen years, has the importance of reading ingrained in me, so we read to our kids every weekday. At weekends they don’t have a set bedtime, so we don’t read then, but every weekday hubby or I read a chapter or two aloud. And kids’ books aren’t romance, so maybe 99% is an exaggeration, but not by much.

I don’t have a top three, but I’ll mention three books/stories that I come back to. 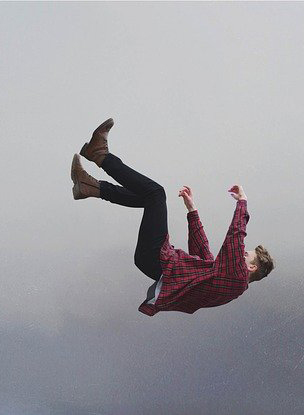 I googled and I can’t find a translation for this story, but it’s one of those I read when in school, then again when I studied to become a teacher, and then I had my students read it. En hjätes död is directly translated as A Hero’s Death. It was released in 1924, and it’s 638 words long.

638 words, five paragraphs, about a town where to entertain the inhabitants, they pay a young man to balance on the church spire and fall to his death. The whole town is excited and even a little proud of the event. Then the day arrives, people gather around the church, and the young, healthy man falls to his death. He gets paid, of course, since it was the deal, but the inhabitants’ mood changes quickly. The excitement dies as soon as the man does, and they’re all a little disappointed, and some question if it wasn’t just a waste of a life.

It’s so brilliantly written, and I often refer to it in my everyday life.

Pär Lagerkvist got The Nobel Prize in 1951.

I’ve read this in Swedish several times, but the original is in French. It’s a short story collection of 19 stories. One is more disturbing than the other. These stories turn me inside out. They’re grotesque, anxiety-inducing, and thought-provoking. They’re all about a mother-daughter relationship, and the title lies (though the Swedish and French title is Insect). Some of the mothers die.

I have a physical reaction to some of these stories, mostly revulsion, and yet the book is dedicated to Castillon’s mother. And she might have a completely sane and loving relationship with her mother but seeing it there makes me laugh.

Nineteen stunning, disturbing short stories delve into the complex relationship between mothers and daughters.
In My Mother Never Dies, the literary provocateur Claire Castillon dissects the darkest aspects of the relationship between mothers and daughters. A woman tries so hard to be friends with her daughter that she begins to revert to her own adolescence; another woman finds her mother engaged in an illicit affair with a man they both know too well; a daughter rattles off all the reasons why she’s disgusted with her invalid mother but realizes through her haze of teenage hatred that she is losing the only person who tells her the truth.
Stunning, shocking, unflinching, and ultimately tender, My Mother Never Dies forces us to look at the worst and best of mothers and daughters. Like the work of Miranda July and A.M.Homes, Castillon won’t let us avert our gaze from the terrible and true any more than from the beautiful and true— because it all reveals the depth of our need for each other. 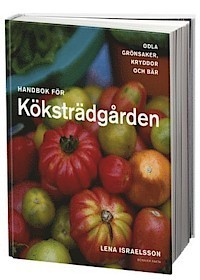 So, this is a gardening book that has just about everything, and I’ve read it from cover to cover, and I look up things in it all the time. Directly translated the title is Handbook for the Kitchen Garden, so pretty straightforward. I don’t expect anyone of you to have much use for it. It’s in Swedish, and all planting dates etc are with a Nordic climate in mind, but it’s one of the books I’ve read the most times, so…

Don’t forget to check out which non-romance stories the others like to read!

It’s Read Around the Rainbow time! Every month, we’re a bunch of authors who blog on the same topic. This month’s topic is:

How does music/noise affect your writing?

I’m sensitive to noise. If there is too much noise around, I get panicky and sooo exhausted. Being in rooms filled with people is a nightmare, that buzz of voices. I can’t hear what the person next to me says when I’m in a situation like that, and it completely drains me. I avoid parties and gatherings like the plague LOL

When I first started writing, I only had one child. I was on parental leave, and I wrote smutty M/F for my own amusement, not with any plan of ever publishing anything. I wrote when my son was sleeping, and hubby was away working. In silence. Blessed silence.

Then I had more children, and silence became a scarce commodity. I started listening to music while writing – not because I wanted to listen to music but to drown out the noise of four children playing and a husband plucking on the guitar or whatever he’d be doing.

Nowadays, I write early in the mornings before the kids get up, so I could write in silence, but I put on music right away without thinking. It’s become part of the routine.

I don’t really hear what I’m listening to when I write. I disappear into the story, and the music is just there, in the background, blocking out the real world, but I have a list on Spotify called Play it Again, Sam. On that list, I save songs that spark ideas.

I often put on random Spotify lists when loading the dishwasher or cooking or other fun stuff, and sometimes there is a line in a song that sparks an idea. I wrote The Drunken Dog after having heard Longer Than You’ve Been Alive by Old 97. I was baking, and it came on one of those random Spotify lists. I don’t think I’d ever heard anything by Old 97 before, but while kneading bread, a vampire rockstar came alive before my eyes LOL

Check out what the others have to say!

Zev Nightfall has a secret. For two years, he’s been the beta in a loosely knitted werewolf pack, but he’s not a werewolf. He’s a crossbreed, part wolf, part fae, which is a death sentence in most packs. That’s not his only problem. One night he meets Otis, a vampire. Shifters and vampires aren’t friends, yet fighting is the last thing on Zev’s mind.

Otis Miller is in the middle of rebuilding his rockstar persona. Again. A hundred years ago, all he had to do was to move when people started noticing him not ageing. With cameras and social media, it doesn’t work anymore, and he isn’t sure he has the energy to start over. Then there is the shifter coming to the bar where he’s singing. He makes Otis want to jump off the stage and never look back.

Zev knows he shouldn’t get involved with a vampire; he has enough problems as it is. But Otis is alone and vulnerable, and it tugs at Zev’s heartstrings. Normally, Otis stays away from other supernatural beings, but something about Zev makes him want to curl up on his lap and forget about the world around them. But how would two people from enemy species make things work, and will Zev’s pack ever accept not only a crossbreed but a vampire as well?

It’s Read Around the Rainbow Time! I missed last month, but we do the RAtR posts on the last Friday of every month. The last Friday of June just happens to be Midsummer Eve, which is a big thing in Sweden. Only Christmas beats it 😄

But we’re not here to talk about pickled herring, dancing around the maypole, or drinking nubbe (shot of vodka). This month’s question is:

Do you set your books in the place you live or have lived in?

One of the first stories I ever wrote (long since pulled), I wrote set in Sweden, and it was about a person who just had come out of prison after having served time. In retrospect, I realise it was a newbie mistake, but I used the Swedish legal system, and he’d served the time he would’ve been sentenced to in Sweden.

This was such a long time ago. I’d just dipped my toe in writing, and an, at the time, Goodreads M/M Romance Group moderator read it. That alone made me nervous, but he went about and tore it to shreds. Completely. Had it happened now, I’d shrugged and moved on, but back then, it hurt, especially since, in my world, I wasn’t wrong. Just because he lives in a big country with a fucked up legal system doesn’t mean he’s right – see, still upset LOL.

Since that day, I’ve been avoiding setting stories in Sweden and/or using Swedish rules and laws and so on.

That doesn’t mean I don’t set the stories in Sweden in my mind, I do. It’s my climate, my nature, and when I picture my main character walking down a street, it’s a street where the cars drive on the right side, the painted lines on the street are white, and the lampposts are grey and so on.

Black Bird takes place in the city I grew up in. They walk the streets I used to walk, the river goes through town, the wind blows in from the sea, Nash lives in an apartment where my friend used to live, Arlo lives in a house where my sister used to live, and so on. I translate the names of the places, like Nash’s apartment, which is on Tradesman Street. That street is called Köpmansgatan in reality, which translates into Trademan Street.

So short answer: No, reading them, you won’t be able to tell they’re set in a city I’ve lived or in the woods where I live now.

Real answer: Yup, almost all of them have something picked from somewhere I used to live, but I won’t tell you that, and the names are translated so they will be easier for you to consume.

In the Up North stories, I borrow things from when I lived in the north of Sweden. In most other stories, there is something from Falkenberg, where I grew up, and in Keep it Down! which will be released on July 9th, Eason lives in my old apartment. He has a broken leg, I had a broken foot, living on the third floor without a lift. Good times 😆

I used to live close to that white church. I walked past it every day when I walked the dogs.

Check out what the others have written: