We have a cover!!! The Cake Shop will be out on April 9th, and it’s another one of those either-or stories. This time, we got to pick from either Rain or Shine – I picked Rain.

The Cake Shop is in the same series as Cup o’ Sugar and The Drunken Dog. They’re loosely linked, so you don’t have to have read one story to read the others, but it’s about people who belong to the same werewolf pack.

York is a member of the Halfhide pack, and after a run-in with a rivalling pack, he takes refuge in a bakery. The owner is a bear shifter who wants nothing to do with York, that they are fated mates matters little.

Are you ready to see the cover?? 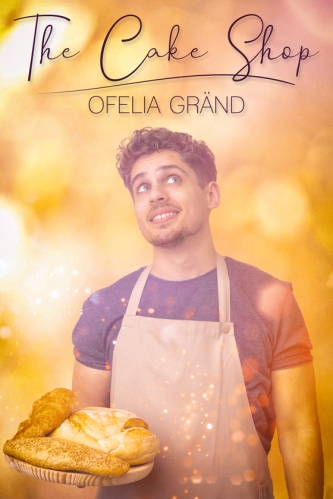 We have a cover!!! This month has been chaos so far, we’ve been running late on just about everything, but we’re now done with the edits for The Drunken Dog, and I have a cover 😊

This is one of those either-or calls that JMS Books will have every other month this year. This month, the stories are either Sugar or Spice, and you’ll get to read about a couple of other stories written for the same call here on the blog. Nell Iris has already been here with Secrets on a Train, which is a Sugar story. And tomorrow Ellie Thomas will drop by to talk about The Spice of Life which is a Spice story. The Drunken Dog is also a Spice story.

It’s loosely linked to Cup o’ Sugar. The Drunken Dog is about Zev who belongs to the same werewolf pack as Roarak in Cup o’ Sugar. You do not have to have read it to be able to read this.

Are you ready to see the cover?? 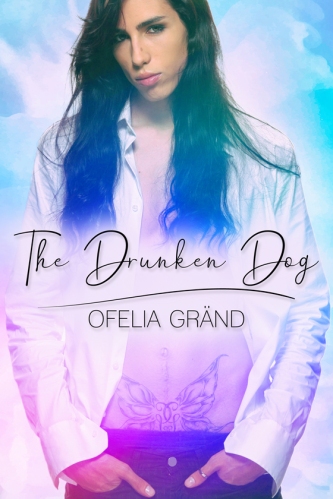 Zev Nightfall has a secret. For two years, he’s been the beta in a loosely knitted werewolf pack, but he’s not a werewolf. He’s a crossbreed, part wolf, part fae, which is a death sentence in most packs. That’s not his only problem. One night he meets Otis, a vampire. Shifters and vampires aren’t friends, yet fighting is the last thing on Zev’s mind.

Otis Miller is in the middle of rebuilding his rockstar persona. Again. A hundred years ago, all he had to do was to move when people started noticing him not ageing. With cameras and social media, it doesn’t work anymore, and he isn’t sure he has the energy to start over. Then there is the shifter coming to the bar where he’s singing. He makes Otis want to jump off the stage and never look back.

Zev knows he shouldn’t get involved with a vampire; he has enough problems as it is. But Otis is alone and vulnerable, and it tugs at Zev’s heartstrings. Normally, Otis stays away from other supernatural beings, but something about Zev makes him want to curl up on his lap and forget about the world around them. But how would two people from enemy species make things work, and will Zev’s pack ever accept not only a crossbreed but a vampire as well?

Guess what?! Yes, it’s cover time!!! This morning, I stumbled out of bed with my phone in my hand – as always. Squinting in the dark on the way down to the coffee maker, I checked my inbox, and there it was! Ghost Dater.

A while back, there was a call for short Halloween stories. I figured I should write one. I was doing well with Holly’s stories, had plenty of time to deadline, and Halloween is always fun. To say I regret writing it would be a lie, but Holly is pretty stressed about the deadlines we were doing so well on right now 😣

But, it’s a problem for… eh… this weekend 😰. Let’s focus on Ghost Dater instead.

When I told JM I would write a Halloween story, I told her it would be with Jaecar and Elijah… it didn’t turn out that way. Apparently, it was Thaddeus who wanted to celebrate Halloween.

Sandy has been dead for ten years, and a ghost for one, so Thaddeus thought it was something worth celebrating 😊

Are you ready to see the cover? 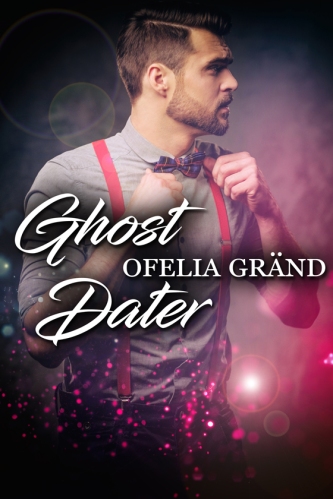 Thaddeus Esax has a grumpy werewolf problem. For a year, he’s been mated to Sandulf Hunter, a ghost werewolf he brought back from the dead without meaning to. It’s been great. Thad’s been happy, and he believed Sandy was too. But Sandy has been sulking for more than a week, and Thad fears their relationship isn’t going as well as he believed.

The problem with being mated to a ghost is that said ghost never can leave your side, and therefore it’s extremely hard to keep secrets. Thaddeus wants to surprise Sandy, to cheer him up, but to do that, he has to trick him into believing they’re doing something they’re not.

Telling Sandy they’re having a Halloween party doesn’t go over well, but how do you trick a ghost? By making him believe he’ll be dressed up as a pirate for an evening, of course.