It’s release day!!! Again. After this it’ll be quiet for a while, but for now—release day, yay! I haven’t talked much about Dazzle Me, my contribution to the Summer Bigger Than Others anthology, but it’s a story I really enjoyed writing. It’s short and light-hearted. Tom, a grumpy mechanic, who wants to surprise his boyfriend with the best anniversary ever. Things do not turn out the way Tom had planned, and he had spent months planning. Instead he finds himself on a plane to Bangkok and Tom hates flying…among other things.

“You’ll never guess what happened today!” Santino was bouncing on the balls of his feet, gesturing wildly. God, he 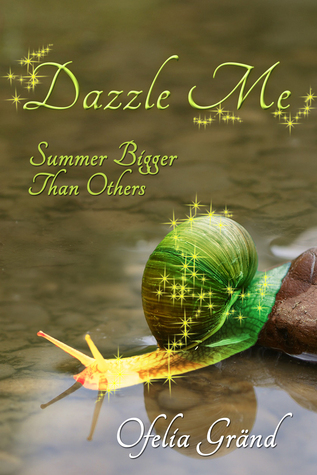 looked young when he was fluttering about like that. Right in the middle of his sentence he decided it was time to come inside. I managed to dodge his waving hands as he squeezed his way into my flat, completely unaware of the hazard his flailing was causing.

“Mr. Angello—” he went up on tiptoe and gave me a quick peck “—asked me to come to a meeting today.”

Mr. Angello? Half of Santino’s family worked at the same firm, so it was a bit hard to know which Mr. Angello he was talking about, but given his excitement… “Enrico?”

“Yes, Enrico.” He added some impatient flapping to make his point.

“Then why didn’t you just say—”

“Oh, for God’s sake, Tommy-boy!” My skin prickled as I pursed my lips. Tommy-boy. What grown man would ever accept being called Tommy-boy? “Enrico, my uncle—Mr. Angello—asked me to join them in the big-boy meeting room today. And guess what? You’ll never guess.” He sucked in a breath of air—apparently he did run out of oxygen every now and then. “We’re going to Thailand!”

“Please…” He flashed his hazel eyes at me, almost compelling me to give in on the spot, but no.

“Why do you always have to be so grumpy?” 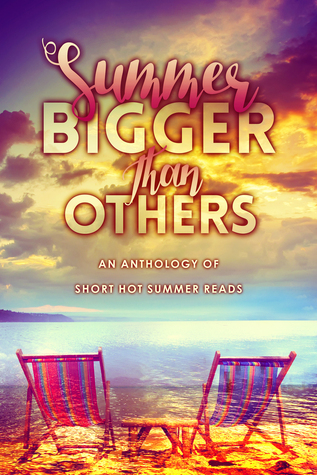 Summer Bigger Than Others takes you away to your own private island of diverse stories that will make your summer days sweet, sizzling and sexy.

From relaxing on a sandy beach or hiking in the great outdoors, to nights at the opera or days at the strawberry farm, an adrenaline-shooting roller coaster rush awaits.

Make this summer the best it’s ever been; make it bigger than all the others.