Oh My God! In the Middle of Somewhere is so good. I feel like apologising to Roan Parrish because I didn’t expect it to be. I filed it away as another one of those romantic stories, and it is romantic, but I couldn’t put it down. Makes me ashamed to make light of lumberjacks really because this was a real story, with real problems, and a lot of pop cultural references. I kept thinking ‘Oh Amy (Spector) should totally read this, she’d probably get all the horror references I only vaguely get’. 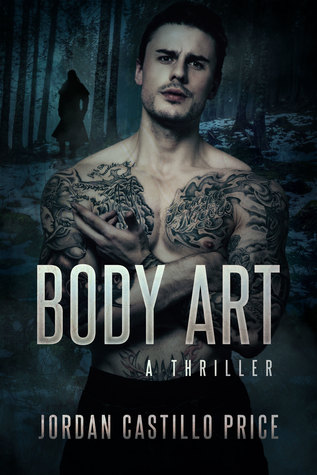 After having binge read Jordan Castillo Prince’s PsyCop Series I thought I’d read In the Middle of Somewhere. I don’t have nearly as much time to write these days so I can’t really afford to become completely hooked on books—I wouldn’t get a word down.

So I thought this would fit me, interesting enough to read but not really taking over my life. I was wrong. The dishes have formed a mountain in the kitchen and my word count is embarrassingly low because instead of using K’s naps for writing I’ve been reading. And I don’t know if it is because I’ve been reading a lot of JCP lately but in my mind Daniel was the model on the Body Art cover.

But, it doesn’t matter, now I have to read Out of Nowhere (Middle of Somewhere #2). I just have to. 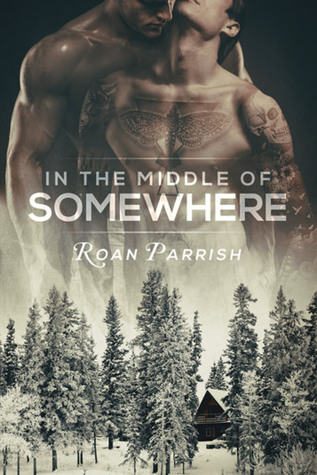 Daniel Mulligan is tough, snarky, and tattooed, hiding his self-consciousness behind sarcasm. Daniel has never fit in—not at home in Philadelphia with his auto mechanic father and brothers, and not at school where his Ivy League classmates looked down on him. Now, Daniel’s relieved to have a job at a small college in Holiday, Northern Michigan, but he’s a city boy through and through, and it’s clear that this small town is one more place he won’t fit in.

Rex Vale clings to routine to keep loneliness at bay: honing his muscular body, perfecting his recipes, and making custom furniture. Rex has lived in Holiday for years, but his shyness and imposing size have kept him from connecting with people.

When the two men meet, their chemistry is explosive, but Rex fears Daniel will be another in a long line of people to leave him, and Daniel has learned that letting anyone in can be a fatal weakness. Just as they begin to break down the walls keeping them apart, Daniel is called home to Philadelphia, where he discovers a secret that changes the way he understands everything.