It’s time to share a little about Oswald and Joshua from Around Seven. This is an autumn story with lots of yellow leaves and crisp, cool air. It’s not yet nippy, but the summer warmth is gone. The river is quiet and peaceful, the trees reflecting on the surface, and then there is a huge splash as Oz falls in.

Oz is a friend of Aiden’s from the Aiden and Tristan stories and he’s come to Nortown because Aiden has asked him to work with him. Aiden is a massage therapist and Oz an acupuncturist and Aiden thought it would be good for them to work together. Oswald isn’t convinced but he has nowhere else to go.

Joshua has spent a week on Andre’s couch since he’s renovating his cabin.

Fun fact, I had no idea I’d placed a second person on Andre’s couch before someone pointed it out to me – that Once in May and Around Seven both has a guy on Andre’s couch who then leave him behind for another guy. Poor Andre LOL

Anyway, Josh is a down to earth guy who doesn’t get involved unless he has to. He listens to his friends’ problems, but he never talks about his own. The last thing he wants is people gossiping about him.

I love this story and it’s the last one I wrote that takes place in Nortown. In other Up North stories, the characters visit Nortown, but no one has lived there since Joshua. Perhaps it’s time to rectify that. 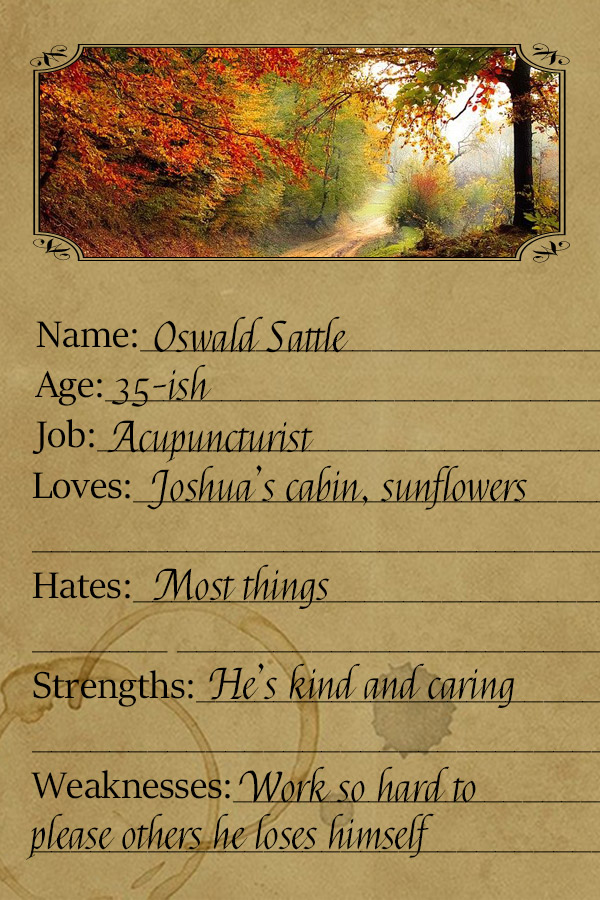 Oswald Sattle has been sleeping in his Toyota Camry for the last 273 days, the exact number of days since he discovered his fiancé cheating on him. Now, out of money and out of options, he’s on his way to Nortown. Aiden, an acquaintance from his past, has offered him a job opportunity he can’t turn down, no matter how much he’d like to.

Joshua Roth moved to Nortown four years ago, and he has everything he needs — a job, friends, peace and quiet. He’s not looking for a boyfriend; no one even knows he’s gay, and he’d like it to stay that way. Everything changes when he offers Oswald a place to stay, though.

Oswald looks like he wants to run away, and Josh finds himself suggesting things that will make him stay. All he wants is for Oswald to smile. Oswald doesn’t want to overstay his welcome, but nothing soothes his nerves like being with Joshua in his cabin.

How long can Oswald stay before it’s time to move on again? Can Joshua have Oswald staying with him without the whole town talking about them? Probably not, but does he care?