Escape the Corona by going to Carona…

Yesterday, I was talking to Al Stewart and Amy Spector about the virus. It’s interesting having friends in different places around the world. For weeks now, we’ve been comparing news, sharing what directives are given, and so on.

But yesterday, I said we should do a giveaway for everyone who is quarantined (I’m not yet, but I suspect we’ll get there sooner or later). The idea slipped away while we were chatting, but then right before I went to bed it hit me – the city The Maddest of Men and The Lords of Lettuce takes place in, is named Carona.

So while sipping on my morning coffee, I fixed a giveaway for The Maddest of Men over at Prolific Works. It runs from now to March 31, so please share it with everyone you know.

The Maddest of Men is a post-apocalyptic story – fitting, right? LOL Though the apocalyptic state is caused by climate change and wars instead of a pandemic. Some people have special powers and have to hide or be…shall we say quarantined? They’re being locked up because common people fear them.

Grayham stared at his red-smeared knuckles in distaste. A few specks of blood grew larger on the cuff of his shirt as the fabric soaked it up. Fucking typical. He hoped the suit jacket would cover it. He hadn’t brought a spare dress shirt—he didn’t own a spare dress shirt, and he didn’t want to own one.

Cole groaned, the raspy sound amplified as it hit the concrete walls of the empty room. His chin almost touched his chest where he hung in his restraints on the chair. Grayham didn’t want to look at him, but what could he do? The job needed to be done.

“Okay, let’s go over this again. Who did you sell the information to?”

“I didn’t sell any information.”

Grayham felt warmth glow in his chest and stopped to study Cole. The perfection Grayham saw every day was ruined by the smudges of blood. A tooth had been knocked out, making a steady stream of bloodied spittle trickle down his chin. It was a shame. He liked Cole; liked might be the wrong word, but he’d grown accustomed to having him around. He’d even believed he was one of the smart ones. Apparently, he’d been wrong since he’d failed to get paid for double-crossing Cham.

“Did you leak any information about Cham or the firm?”

“No.” The crackling voice sent a trail of cold pinpricks down his spine—a lie. Grayham heard the crunch of his fist connecting with Cole’s nose long before the pain in his knuckles blossomed. He shook out his hand, tired beyond belief of this crap. It didn’t matter, though; he needed to get it sorted in time to get back to the reception. Why he needed to be at some fancy party, he didn’t know, but Cham wanted him there.

Grayham scowled and massaged his temples. The right question, he needed to ask the right fucking question.

Cole spluttered, angry eyes glaring, and then he spat. A blob of blood-filled saliva landed on the shiny surface of Grayham’s left shoe.

Grayham clenched his teeth and watched the small puddle. Okay, time to get this mess out of the way.

And it gets worse from there, but if you’re okay with that grab a copy, and enjoy your isolation the best way possible – by reading!

Get your copy here! 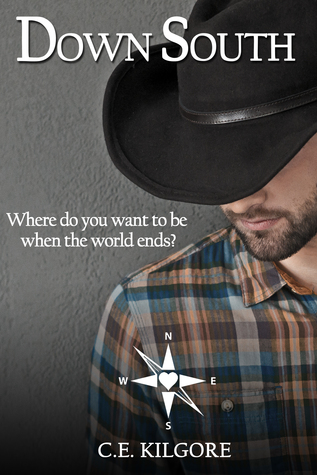 It’s Friday today, did you know? I didn’t. When I woke up this morning I was wondering why my husband wasn’t in bed with me—turns out he was getting our son to school because apparently it’s Friday, not Saturday as I thought, and apparently I was tired because I have not heard any alarms go off or noticed my husband getting out of bed. But since it is Friday I’ll do a little post about what I’m reading.

This week I’ve let myself become obsessed with Hsin Liu Vega. For ages, I’ve had Evenfall by Santino Hassell and Ais on my E-reader and now I decided to read it. I downloaded the Director’s cut versions of In the Company of Shadows #1 and since then I have cheated on my daily word count goal, I’ve neglected all forms of cleaning, the pile of laundry is growing and why, why, do we have to eat so damn often?

I’m beginning to think I have a questionable taste in men—what else is new, you wonder, and nothing really. Me falling head over heels for an assassin with all his fucked up ideas and morals is not new at all. That I like blood, gore, and cruelty isn’t new either. That I gladly read post-apocalyptic stories isn’t much of a surprise, nor is the fact that I like stories with more plot than sex. So the strangest thing here probably is that I haven’t read it until now.

I’m so impressed by authors who manage to write these kinds of stories and I can’t even begin to imagine the number of hours Hassell and Ais have put into it. I hoped they enjoyed writing it as much as I’ve enjoyed reading it.

In a post-apocalyptic future, the Agency works behind the scenes to take down opposition groups that threaten the current government. Their goals justify all means, even when it comes to their own agents.

Sin is the Agency’s most efficient killer. His fighting skills and talent at assassination have led to him being described as a living weapon. However, he is also known to go off on unauthorized killing sprees, and his assigned partners have all wound up dead.

Boyd is not afraid to die. When his mother, a high-ranking Agency official, volunteers him to be Sin’s newest partner, he does not refuse. In fact, his life has been such an endless cycle of apathy and despair that he’d welcome death.

In the newly revised Director’s Cut of Evenfall, the first volume follows these two cast-offs as they go from strangers to partners who can only rely on each other while avoiding death, imprisonment, and dehumanization by the Agency that employs them.

Note: This is the first of the two volumes comprising Evenfall, the first book in the ICoS series.