Billy used to be a part of their relationship but after having been in prison he doesn’t feel he has the right to come back. That doesn’t stop him from breaking into what once was his home every Friday night when Dough and Roger are out eating. This Friday, however, they happen to come home a little early…

I enjoyed it, it’s a short, hot read, and being a little crazy like I am I found it quite funny when Billy hid under the bed. Check it out if you’re in the mood for a short M/M/M. 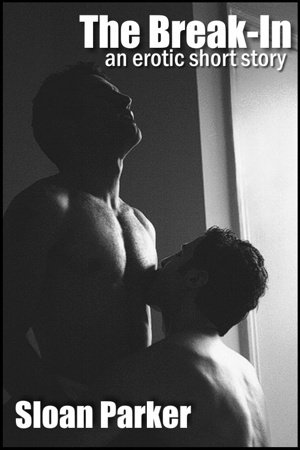 Author’s Note
This story was inspired by the Alanis Morissette song “Your House” where she walks into her former lover’s house, puts on his robe, listens to his music, and lies in his bed, all while he’s seeing someone else. I wanted to write a story with a similar theme, but give it a romantic twist. “The Break In” is the result of that personal challenge.