Are you reading this Friday? I’ve just started Debbie McGowan’s The WAG and The Scoundrel (Gray Fisher #1).  I can’t really say anything about the plot since I’ve just begun but this book makes me want to curl up on the sofa and just let myself get sucked in. It has that feel to it.

I know I write this every time I read something by Ms McGowan but I love her voice. I can’t really describe it, but her language is…rich. Many books I read are easy, mindless almost. I deliberate pick them, hey I have four kids and a gazillion animals, don’t judge!

People talk about mindfulness but I need some mindlessness every now and then. So most often I pick these “easy” books. I read line after line, not paying attention to the language, and then when I’m finished I close the book and a few days later I’ve forgotten most of it. That does not happen with a McGowan book, you don’t skim! You read every word, and they are beautifully crafted. And some days that’s what you really need, to read something skillfully created.

I’m excited to see where this story goes. If you’re in the mood for mystery check it out! 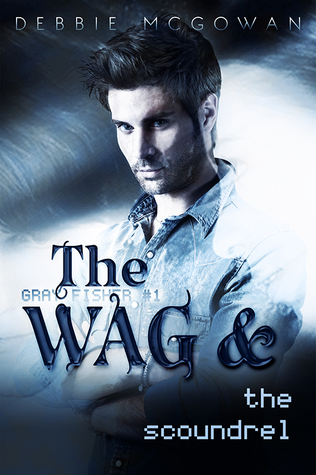 Three years after the death of his civil partner, DCI Gray Fisher is finally ready to make the break from the police. For too long, he has used his work as a means of survival; now, he’s looking forward to a nice, quiet life in academia.

Investment banker Will Richards is a walking, talking contradiction. With his love of surfing and his farmhouse menagerie of rescue animals, he’s far removed from Gray’s idea of the perfect man, but that’s ‘not a problem’. Gray wants nothing more than friendship, and Will seems happy to accept that. After all, with his mum’s illness and resigning from his job, he’s got enough on his plate already.

When former colleague, Rob Simpson-Stone, asks for Gray’s help with a case of a destitute banker who faked his own death, Gray is understandably reluctant to get involved…until Rob reveals the identity of one of the suspects.