Sounds silly but it’s what I do. When I’m looking for a new book to read I go over my to-be-read list and think ‘no better save those for a rainy day’. But it’s Friday, and we all deserve something nice, for me that meant a little horror erotica with my coffee.

Payback is about Michael who is searching for the vampire who killed his friend. He finds the vamp he’s looking for, but he also finds Wild Bill. The three of them head back to Michael’s motel room, and that’s where the fun begins. I fell in love with Wild Bill, it was inevitable.

I’m assuming almost everyone has read these books already, but if you haven’t and like some scoring hot vamps mixed with a little gore, then these stories are for you. The Channeling Morpheus series has its own website if you want to check it out.

Now, on to the next one! 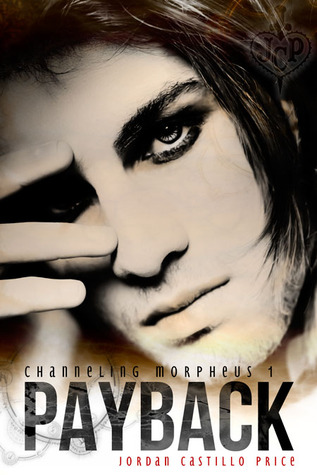 The hunt is on.

Pretty young men and women like Michael’s best friend, Scary Mary, are disappearing from underground goth clubs all over Detroit. For over two years, Michael has been scouring the midwest for buried newspaper articles and obscure medical reports, and now he’s finally pinpointed the source of the problem. Too bad he can’t exactly go to the cops and tell them his friend was murdered by vampires. Since it’s his duty to start wiping out the scourge, he’s posing as bait—and he’s got a bag of sharpened hickory stakes to do the job.

Everything should go smoothly, given the amount of preparation that Michael has put into the hunt. He’s got a practiced repertoire of come-hither eyeliner looks and a full blister-pack of the date rape drug Rohypnol. But he didn’t count on Wild Bill showing up.

Wild Bill is a vision in spiked hair and scuffed black leather—exactly the type of guy Michael would have fallen for…if he’d ever had the chance. Unfortunately, with a vampire in his sights, Michael has no time for an actual date. Despite his best efforts, it seems there’s nothing Michael can do to shake Bill loose. Looks like they’re in for a wild, wild ride.

One thought on “Friday Reads | Payback”