This week I’ve read His Name was Harley Manfield by T.A. Webb. It’s been a long time since I’ve read T.A. Webb, it’s not that he’s fallen off my radar – I still hoard his books – but I haven’t read any.

His Name was Harley Manfield is about three men, they met young and built a friendship that should’ve lasted a lifetime, and in a way it did but Harley’s lifetime was cut short. Harley didn’t tell anyone but Eric, a young man he treated like a son, he was ill. When he died it came as a shock to the others but the house Harley lived in is the house they all consider their home and they don’t want to let go of it.

This was a rather emotional read. T.A. Webb, for me, most often equal an ugly, snotty, cry and there were times when my throat closed up but the experience was sob-free. The plot didn’t quite grab me as many of his others have, I guess, in the end, I didn’t believe their friendship ran as deep as they all claimed. Still a good story! 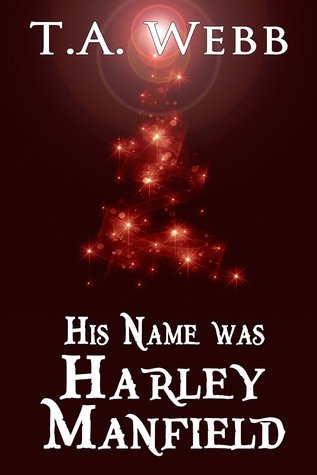 They were the Three Musketeers.

College friends, they bond quickly. Time passes, and each man chooses his own path in life. One goes to Maine, one to New York. Harley stays in Atlanta, keeping their home safe.

When tragedy strikes, secrets are revealed and hearts are broken, The glue that held them together is tested, but in the midst of all their pain, Harley’s love still binds them together.