This week I’ve read No Place Like Home by Kim Fielding. Had I paid attention I might’ve known it’s #1.5 in the Love Can’t series, but I wasn’t. It was the only story I had downloaded on my phone (I don’t usually read on my phone), and my phone was all I had when I started reading. It didn’t matter though, this story works just fine as a stand-alone short story.

Stephen has moved back into his mother’s house after she has passed away. He often walks to the library even though his knee hurts, he talks to his neighbours and spends some of his days painting. One day a note falls out of a book he’s borrowed and he calls the number written on it. On the receiving end of the call, he finds Max.

I liked this story, loved that Stephen is 58 and Max a little older yet. It’s a nice break to read about men who have been around for a while.

Grab it for free here! 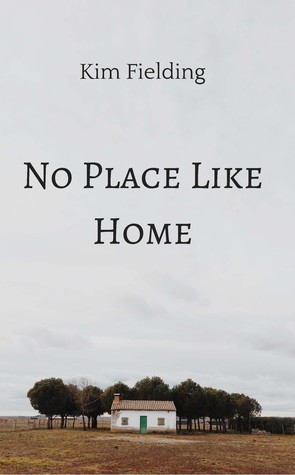 This short story is available now as a free download from the author’s website. If you’ve read Love Can’t Conquer, you might enjoy meeting Stephen Walker, a resident of Bailey Springs, Kansas. He was mentioned briefly in LCC.

This story originally appeared in the Dreamspinner Press anthology Snow on the Roof, but has been lightly edited.