Back in April, I read The Poison Within by Kasia Bacon and now there is a little sequel!  A Late Bite to Eat (Inspector Skaer #1.5) is just a short ten pages long, but it still had me giggling. It’s told in Eryssa von Brenn’s POV and if you’ve read The Poison Within you know Eryssa is a Furia and she is a delight LOL.

The story starts where The Poison Within ended – Eryssa is with Caylii, her partner, and since Caylii still is recovering from what happened Eryssa hasn’t left her side to feed.

She will now, though…

The poor peasant didn’t stand a chance, but at least Eryssa was kind to him.

I loved this short little story and I really hope we’ll get more of Eryssa in the future because that girl makes me laugh. I’d like to know more about Furias and their role in this world…or perhaps not this world.

If you too want to read A Late Bite to Eat, sign up for Kasia Bacon’s mailing list before the 15th of December because that’s when subscribers will get this story…I was lucky to get an early peek at it 😀 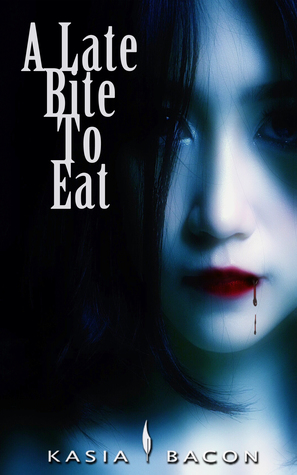 Furia Eryssa von Brenn lives life to the fullest in every respect, so an empty stomach doesn’t sit well with her…

A Late Bite to Eat, a flash fiction written from Eryssa’s POV, takes place after the events described in The Poison Within. It will be offered to subscribers of The Order Newsletter on December 15th, 2017. It will also be added as a bonus read to the back matter of The Poison Within for new readers.

One thought on “Friday Reads | A Late Bite To Eat”