I’m thrilled to announce that we have a guest today! A.L. Lester is here to tell us a little about her newest story, Taking Stock, that was released yesterday. I often tell myself that I should invite other writers to my blog, but being the social butterfly I am *snort*, I never get around to do it. So today is a big day LOL. 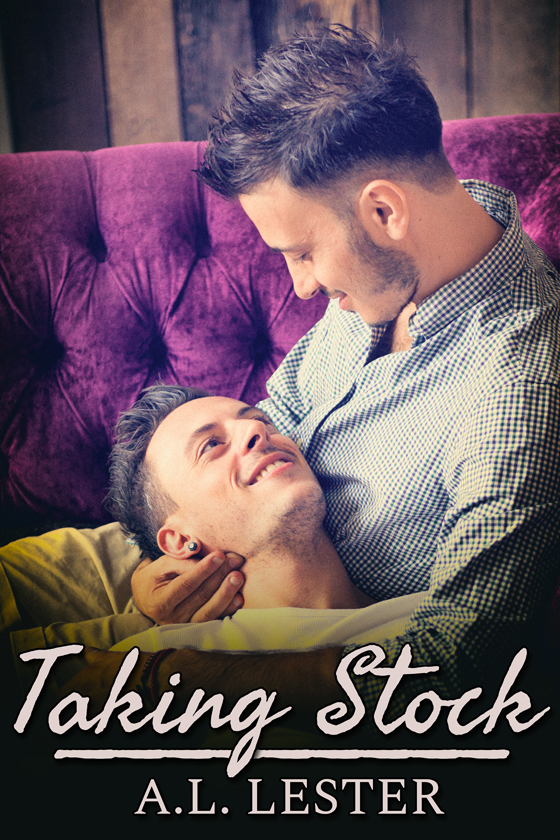 Thank you so much for having me today to tell you a little bit about Taking Stock!

It’s 1972.
Fifteen years ago, teenage Laurie Henshaw came to live at Webber’s Farm with his elderly uncle and settled in to the farming life. Now, age thirty-two, he has a stroke in the middle of working on the farm. As he recovers, he has to come to terms with the fact that some of his new limitations are permanent and he’s never going to be as active as he used to be. Will he be able to accept the helping hands his friends extend to him?
With twenty successful years in the City behind him, Phil McManus is hiding in the country after his boyfriend set him up to take the fall for an insider trading deal at his London stockbroking firm. There’s not enough evidence to prosecute anyone, but not enough to clear him either. He can’t bear the idea of continuing his old stagnating life in the city, or going back to his job now everyone knows he’s gay.
Thrown together in a small country village, can Phil and Laurie forge a new life that suits the two of them and the makeshift family that gathers round them? Or are they too tied up in their own shortcomings to recognise what they have?

Taking Stock is a 40,000 word gay romance set mostly in rural England. It’s set on Webber’s Farm, which I first wrote about in Inheritance of Shadows. Inheritance is set in 1919 and is part of my spooky paranormal universe. I based the farm on somewhere I used to know as a child on the Quantock Hills in Somerset and didn’t want to leave after Inheritance. Taking Stock is the result. Although it’s set in the same universe as my other books and some of the same background characters are there, there’s nothing paranormal or suspenseful.

Instead it’s a gentle story about two people who are hurt and angry and tired, who find their way toward each other and help each other heal.

Initially Laurie was going to have a similar chronic condition to me…I have fibromyalgia and seizures…but then just before I actually sat down to get the words out of my head and on to the page, my Mama had a very severe stroke. She is in her eighties and has been more or less working her seven acre smallholding singlehandedly for years. Her frustration and anger at her situation translated directly into Laurie as I was writing. So he’s a combination of both my own feelings about my lack of agency through my disability, and hers.

About A. L. Lester

Writer of queer, paranormal, historical, romantic suspense. Lives in the South West of England with Mr AL, two children, a badly behaved dachshund, a terrifying cat and some hens. Likes gardening but doesn’t really have time or energy. Not musical. Doesn’t much like telly. Non-binary. Chronically disabled. Has tedious fits.

You can stalk me on all sorts of different internet platforms here: https://lnk.bio/gjD5