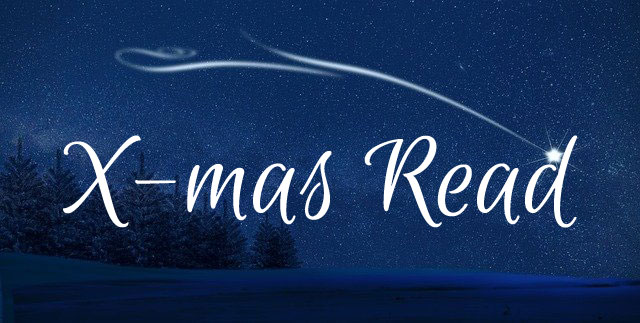 There isn’t anyone visiting today, so I thought I’d share a little about Once in a Snowstorm.

This was a long time ago, and it was a spur of the moment thing. It’s crazy, becuase I know I wrote on this story during NaNo, so in November 2015, and it was released on December 8th the same year. On January 8th 2016, one month later, I gave birth to my youngest daughter. How the heck did I have the energy to write? I suspect it was the only thing I had the energy to do.

Anyway, Once in a Snowstorm is a bit over the top… you know, a bit much LOL. I had this idea of cramming as many of the M/M romance tropes out there into one story as possible.

It started as a joke. I was chatting with Al Stewart and Amy Spector – I still do on a daily basis – and we were having a laugh about how every character was named Tristan or Aiden, how responsive ever bottom was, and how he always has green eyes, and so on and so on – I give you Aiden and Tristan LOL 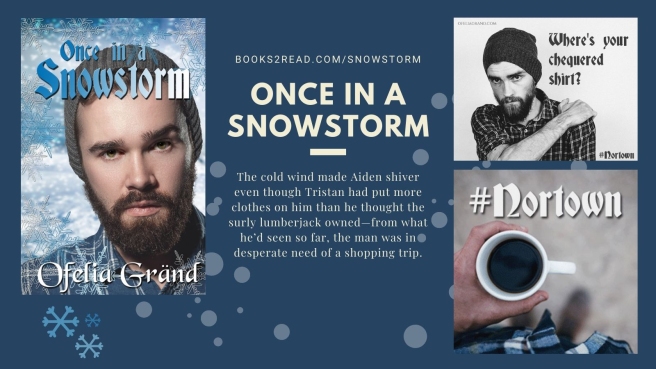 “Og!” The dark and the snowflakes made it hard to see. Nothing but snow-covered tree trunks and not a dog to be found.

Another bark came from close by. Tristan squinted into the woods. Og’s bright eyes glowed in the dark. A white-spotted dog was not easy to locate when everything was white-spotted, but now Tristan knew what he was looking at, he could see that Og was indeed trapped. A dark figure held on to his collar, not that Og appeared to be bothered, judging by the happy thump of his tail against the snow, creating a white cloud around both him and the person on the ground.

Tristan took a careful step closer. His grip on the shovel tightened. What kind of lunatic comes into the woods in weather like this?

“Hello?” Tristan stopped a couple of metres away from the body—a man, he saw now—and waited for a response. Only a muffled groan came. Fuck!

Tristan dropped the shovel and hurried forward to the man and shook him lightly. “Hey. Come on, wake up.” The eyelids fluttered as the man tried to open his eyes. Tristan touched his forehead—icy cold. The man was almost completely covered in snow and his hair was wet—Tristan assumed his clothes were, too. Without thinking, he reached for the man’s hand, shook loose his fingers from Og’s collar, and started to pull him out of the snow.

He sighed as he took in the trendy jeans and sneakers. Why can’t people dress according to the weather? If Og hadn’t found him, he’d have frozen to death—he wouldn’t look so pretty in his designer clothes in a casket.

He hefted the man up in a fireman’s lift and started making his way towards the cabin. It was like carrying an ice block. He guessed he should be pleased about the man being short and small framed. His curly dark hair flopped around his face with each step Tristan took.

They weren’t far from the cabin, but ploughing through the snow with the extra weight of the man and Og running around his legs had Tristan sweating and out of breath in no time at all. He grunted as he sank knee-deep into the snow, mentally cursing the stupid man for walking into his forest. He couldn’t stay angry, though. He worried about the man being injured. It would be impossible to get an ambulance out here, and Tristan only had a basic knowledge of first aid. First, he needed to get him out of his wet clothes, that much he knew. Hypothermia was serious business. 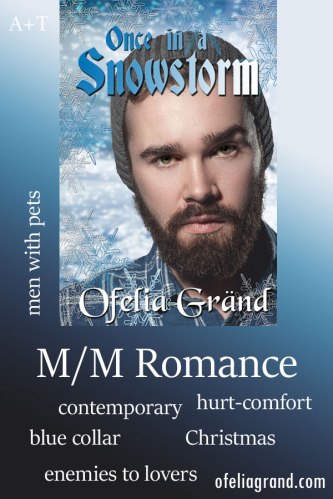 Daring a snowstorm might not be the smartest thing Aiden has ever done, but he can’t stand being in his flat a moment longer. With only three days to Christmas, he doesn’t want to be alone. He wants a place to belong, wants people around him who won’t look down on him. He might not find all that at his mother’s place, but at least it’s better than being alone in the city. If he can make it there, that is.

Tristan is looking forward to a quiet night in front of the TV, but instead, he has to save an idiot in designer clothes from freezing to death in his forest. Tristan tries not to notice the man’s good looks, just like he has tried not to notice any man’s good looks for the last seven years. He knows where relationships go and is far better off living alone, with his dog, in his cabin.

Aiden is driving Tristan mad with his bratty comments and irresponsible ways, and Aiden is going crazy from Tristan’s judgmental attitude. Luckily, in a few days, the weather will clear up, and the two men won’t have to be together any longer. But will a few steamy nights with the grumpy lumberjack change Aiden’s mind about wanting to leave? And will Tristan still want to go back to his peaceful, predictable life without fear of getting his heart broken?

2 thoughts on “X-mas Read | Once in a Snowstorm”