The lovely A.L. Lester is here on a visit. If you think being a writer is to sit down and create fantastical worlds when and if you feel like it, you’ve misunderstood what it is we do. Being a writer is amazing, but at times it’s super hard, crippling even. Today, Ally will tell you about one part of being an author people seldom think about.

I have spent a few days this week like a rabbit paralysed in the headlights of this blogpost. I just couldn’t think of anything relevant or entertaining to write about Eight Acts (new release, see below etc etc!) and it’s been stressing me out massively. So this morning, as I was attempting to trim Mr AL’s hair and moaning at him about it whilst he was pinned down and couldn’t escape, he finally said well, why don’t you write about how difficult it is to write things? I stabbed his ear with the kitchen scissors and said that seemed like a good idea.

So that’s what this is about.

Eight Acts is a companion novella to Taking Stock…they can be read independently, but some of the characters cross over. Taking Stock was a labour of love really. It fell out of my own frustration at my body’s inability to do what I want it to, my mother having a stroke as I was writing it and my recollections of the farming community where I grew up. It had a strong cast of supporting characters and Adrian and Percy were sufficiently interesting for me to want to explore their relationship too. The novella itself just seemed to flow out of me after Taking Stock was done.

Sometimes that’s how it is. But sometimes squeezing words out is a horrible, painful process that isn’t enjoyable at all. For some reason, writing blog posts and guest pieces for other people has been like that this time round. I have written for our friend Nell Iris and I wrote something for LoveBytes as part of a blogtour. But now, I’m stuck. I was going to try and do another couple of things for myself and for the JMS blog, but I can’t seem to get to it.

I’m not sure whether this is because Eight Acts is quite short for me—it’s just over twenty thousand words—or whether it’s because it deals with a difficult subject. Although gay sex was legalised to some degree in the UK in the summer of 1967, harassment and social and legal consequences were still commonplace. I am very conscious that these are real things and real people I have written about and I think that maybe that is why I’m finding it hard to write five hundred words of froth to grab people’s interest.

I’m also having trouble with my next ‘big project’ though, so perhaps it’s not that at all. Perhaps I’m just in a slow period. Instead of finishing the first book of my new trilogy (out in July!), I have been distracting myself by writing short love stories around Celtic myths that aren’t in my usual style at all and self-publishing them. I think perhaps because I don’t have anything invested in them, it’s something I’m doing for myself rather than anyone else—if anyone else likes then then, yay!—it’s not a pressure. Whereas writing to meet commitments is intrinsically more stressful.

I think this has been a very hard year for lots of people and I keep telling myself that it’s okay to have a few off days, especially since the kids have now gone back to school and Mr AL and I have time for personal care, cutting one-another’s hair/ears, and sleeping in the afternoons! I’m hoping that when I’m more rested, when Littlest has had her jab and is safer, the words will flow more easily. I don’t know about you, but I could do with everything flowing a bit more easily after the last twelve months.

So, without further ado, here is some stuff about Eight Acts.

It’s the summer of 1967 and the Sexual Offences Act has just decriminalized consensual gay sex in private between two men over twenty-one. Percy Wright and his friend Les Barker have both taken temporary jobs teaching English as a foreign language in London during their long summer break from teaching at a rural boarding school near Oxford.

Thirty-three year old Percy is keen to soak up some theatre, music and general culture, whilst the younger Les is also keen to experience the varied gay social scene. When Les picks up a man called Phil at the box office of the Albert Hall when he goes to buy tickets to a Promenade Concert, Percy inadvertently gets thrown together with Adrian Framlingham, Phil’s friend.

Adrian is all the things Percy likes in a man…funny, kind and steady. When Les gets hurt, Percy turns to Adrian for support, but as the end of the summer looms it seems as if their affair will come to a natural end.

What will happen when Percy goes back to his everyday life as a house-master? Will he and Adrian stay in touch? Does he even want a long-distance relationship when arranging to meet someone for sex is still illegal, even if the act itself is not?

About A. L. Lester 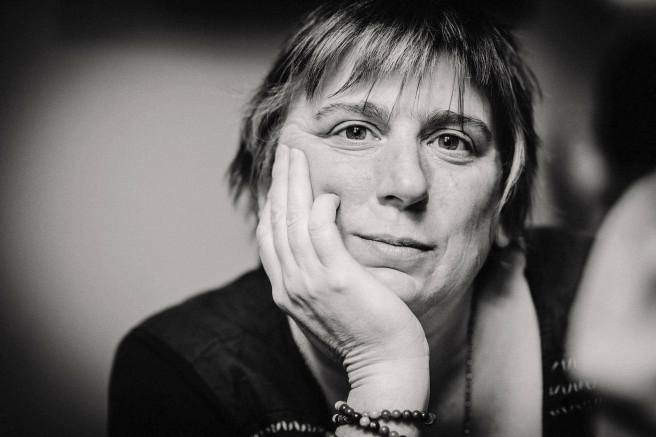 Writer of queer, paranormal, historical, romantic suspense. Lives in the South West of England with Mr AL, two children, a badly behaved dachshund, a terrifying cat and some hens. Likes gardening but doesn’t really have time or energy. Not musical. Doesn’t much like telly. Non-binary. Chronically disabled. Has tedious fits.

One thought on “Fridays at Ofelia’s | Eight Acts”