I haven’t been reading much. I’ve been writing and sometimes reading and writing go hand in hand for me. When I’m in that hyper state, I’m not really connected to the real world. I write like crazy until my brain gets too tired, and then I pick up a book to relax with. Often one fuels the other, but not this month.

My entire focus has been on doing words in the morning and doing everything else that comes along with being an author in the afternoon. When the evening arrives, I’ve been blankly staring at the TV – White Lotus, people! Hubby and I saw the last episode a couple of days ago, so now we’re trying to fill the void 😁

I have read a little.

This is the third story of The Will Darling Adventures series. I’m not someone who listens to audiobooks, I almost gave myself a subscription to Storytel for Christmas since I figured I should listen to more audiobooks, but… Anyway, I have been listening to the audio of this series. I picked them up at the library, and I don’t remember how long ago it is I listened to the first two books, but when I finished The Sugared Game, the second book, Subtle Blood wasn’t available. Now it was.

It’s not A Charm of Magpies which is one of my favourite series of all time, but it’s good. 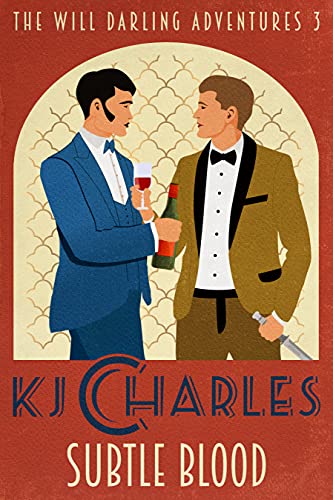 Will Darling is all right. His business is doing well, and so is his illicit relationship with Kim Secretan–disgraced aristocrat, ex-spy, amateur book-dealer. It’s starting to feel like he’s got his life under control.

And then a brutal murder in a gentleman’s club plunges them back into the shadow world of crime, deception, and the power of privilege. Worse, it brings them up against Kim’s noble, hostile family, and his upper-class life where Will can never belong.

With old and new enemies against them, and secrets on every side, Will and Kim have to fight for each other harder than ever—or be torn apart for good.

This is a short vampire/werewolf story, and I was just about to write I got it through JCP’s newsletter, but now I got uncertain. My memory is good but short. Could I have picked it up elsewhere? Maybe. Anyway, it’s short and I needed something short. 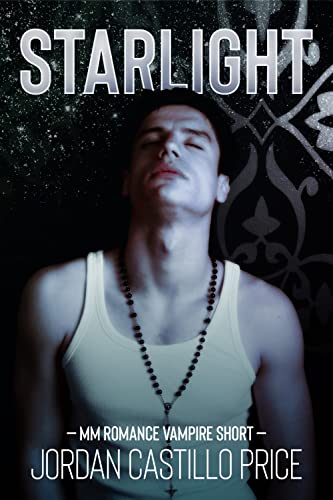 The tearing of flesh, the pulsing of blood…these things haven’t aroused anything other than simple hunger in Joseph for centuries. But now he’s caught the scent of a creature no more human than he is, and his hunger has turned to desire.

More vampires! This is my first read by Sheena Jolie, and if you’re in the mood for vamps, fae, magic users and so on, give it a go! After some snooping around, I realised Sheena Jolie is also writing as SJ Himes, and this is a spinoff of another series they’ve written, The Beacon Hill Sorcerer. You don’t need to have read that to enjoy this. I haven’t, and it worked just fine. But I checked my kindle library because I remembered that title and turns out I own The Necromancer’s Dance, the first story of The Beacon Hill Sorcerer series, I just haven’t read it yet.

And I just realised, I hadn’t needed to do any snooping at all, it’s all there on the cover 🙄 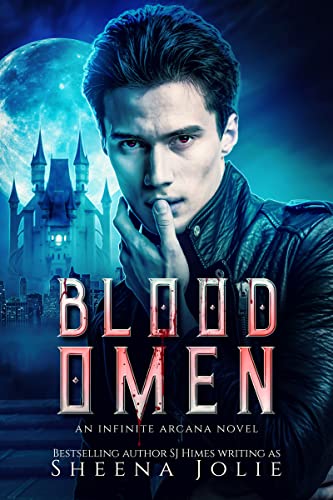 Set in the Infinite Arcana Universe, BLOOD OMEN is a fascinating peek into the wider world of the Beacon Hill Sorcerer by SJ Himes….

Remi has been doing the same job for the last two thousand years: specialist courier of valuable magical objects and sensitive information. Sent on a mission to get a powerful talisman to the City Master of the Boston Bloodclan, Remi ends up with an unexpected complication: Celyn, a beautiful fae college student who was in the right place at the wrong time.
Celyn was instantly attracted to the sexy vampire when they met by chance at a pub. Thinking he was about to experience the best hook-up of his life, Celyn never expected to end up running across the streets of Budapest with Remi while the High Council of Sorcery was trying to kill them.
Dodging spells and holing up in secret lairs, Remi and Celyn find something even rarer than the object Remi carries: a chance at true love.

Think of England by K.J. Charles

More by K.J. Charles. This is my reread of the month, and if you want to hear me gush about how much I love Daniel you can hop on over to Holly’s because I talk about it there. Awesome story that you should read if you haven’t! 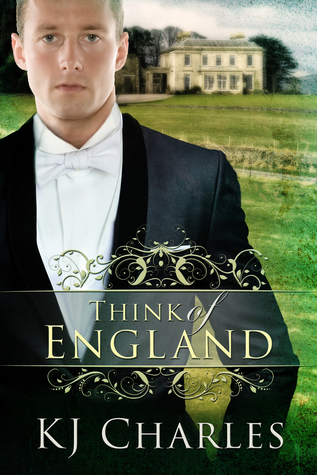 Lie back and think of England…

England, 1904. Two years ago, Captain Archie Curtis lost his friends, fingers, and future to a terrible military accident. Alone, purposeless and angry, Curtis is determined to discover if he and his comrades were the victims of fate, or of sabotage.

Curtis’s search takes him to an isolated, ultra-modern country house, where he meets and instantly clashes with fellow guest Daniel da Silva. Effete, decadent, foreign, and all-too-obviously queer, the sophisticated poet is everything the straightforward British officer fears and distrusts.

As events unfold, Curtis realizes that Daniel has his own secret intentions. And there’s something else they share—a mounting sexual tension that leaves Curtis reeling.

As the house party’s elegant facade cracks to reveal treachery, blackmail and murder, Curtis finds himself needing clever, dark-eyed Daniel as he has never needed a man before…