I’ve been staring at the screen for quite a while now not knowing what to write. My book this Friday is If I should Stumble by Claire Davis and Al Stewart and it’s fabulous. I went to check what I’ve read this year as to be sure I’m not lying when I say it’s one of my absolute favourites for 2016 – it is one of my absolute favourite 2016 reads. But that’s not why I can’t find the words to write, what I’m struggling with is that I want to say that this book is important.

Kaz has a home, a family, and a coach who helps him run. Every day he runs with his coach by his side until one day when he is told to keep running and never look back. Kaz’s world falls apart, breaks, shatters. He ends up in the UK, but even though he has a place to stay and people around him who care, he is lost. Like so many in real life who has been forced to leave everything behind, he struggles to find a way to cope. Nothing works until Tork persuades him to help coach their running team.

It’s through that team he meets Zack.

I don’t know if it’s because I teach Swedish as a second language to immigrant in RL and have met people just like Kaz that this book affects me the way it does. I’ve talked to young men who have had to run for their lives, one who got his boyfriend murdered by his own family simply because he loved a man. I’ve had students who have described the days they’ve spent hidden away in trucks and boats.

They are real people, Kaz might not be but he very well could have been. And this book is important because if it can touch people’s hearts, if they can empathise with Kaz, then maybe they will be a little more understanding next time they met a real-life Kaz.

This story will rip you apart; it did rip me apart. 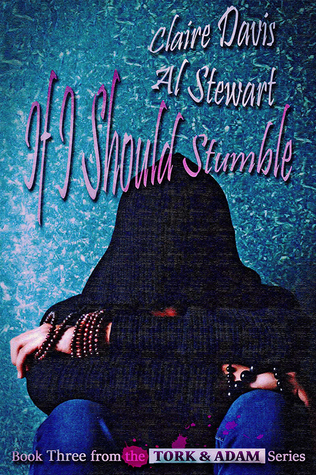 Love is sure and timeless and forever. It whispers over the morning coffee and the last thought before sleep. Love is beyond hope, and cruel as life.

Kaz has been in the UK for almost a year, but the days pass by in an endless round of alcohol and nothingness. He has a story but no words good or bad enough to tell it, until one day, he is assigned a new peer mentor who asks him to help train a sponsored running team. Something that was stretched as old parchment breaks inside, and memories begin to re-surface.

Zack is overjoyed when his friend Adam asks him to be part of the sponsored run team trying to make money for the local homeless shelter. All day he makes cakes to lighten people’s load, but something is missing from his life. Then he meets the boy with eyes like the desert, and with every step he runs, Zack’s light burns away the darkness in Kaz’s heart.

As the race heats gets nearer, Tork, Adam, Zack and Jo realise that under Kaz’s careful programme, they have a chance to qualify and set right some of the wrongs of this world.