I’ve just finished Finding a Tomorrow by Kathleen Kerridge. I picked it up earlier this week when it was free on Amazon.

I really liked the first half of the story. Rami tries to take his life but when he wakes up a the hospital there is a man waiting for him, a man who keeps coming back day after day. He goes through therapy and still the man, Ryan, is by his side. He gets to go back to his old house, and Ryan is still coming to see him. Little by little Rami starts feeling better and Ryan is there then too. I loved how their relationship developed.

Then during the last half of the book, it was like one issue after the other was introduced. I still liked the book and I will keep an eye on Kerridge in the future – I’ve already glanced at her Into the Woods – but I would’ve liked it better if the book ended a bit earlier. But maybe that’s just me.

Do give it a try. 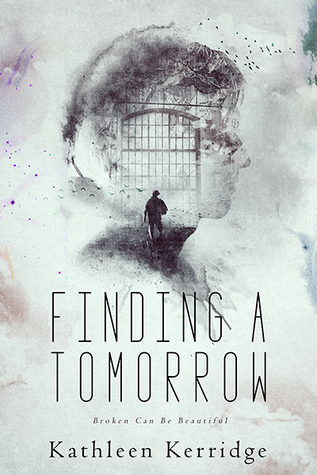 Rami doesn’t see himself as a survivor. He doesn’t want to be one, either. At his lowest point, with everything he cared for lost forever, he knows there’s only one way out. Rami is one of life’s planners and he plans his death to the last small detail. It’s no cry for help; he means to die.

Waking up on a hospital ward, Rami is devastated that he failed. It’s impossible that he isn’t dead, but the ache in his chest from being resuscitated and the bleeps of the monitors tracking his heartbeat say otherwise. And there’s the quiet friendly stranger at his bedside who, for some reason, isn’t prepared to let Rami be alone.

Hospitals, drugs and therapy lead Rami slowly towards a path where he begins to see a glimmer of a future, despite the darkness in the corners of his mind and the shadows that haunt him. Despite everything life might throw at him, Rami begins to believe that he has a future, and can find his tomorrow.