Friday again and I almost blush while typing that I’m reading another werewolf story. I think that makes it three weeks of wolves – maybe my subconscious is trying to get me to run for the hills. I can’t really say when I picked up The Duality Paradigm (Blood and Bone Trilogy #1) by Lia Cooper, but I’ve had it for a while.

Ethan Ellison is a magician working as a police detective in Seattle. Partick Clanahan is a werewolf and also a detective. When a girl is murdered by what seems to a werewolf these two are tossed together simply because they’re the only two on the force who aren’t humans. Their relationship starts off bad and gets worse…until it doesn’t.

I’m enjoying this story even though I want to smack Ethan on the head for letting his ex control him like he does, but yeah, it’s intriguing. I haven’t read anything by Lia Cooper before. I’ve been looking at her The Omega Prince a couple of times, but I tend to stay away from royalty when I can :D.

If you like a paranormal mystery, you should check out The Duality Paradigm. It has blood and gore and magic and howls and kinds of good stuff. 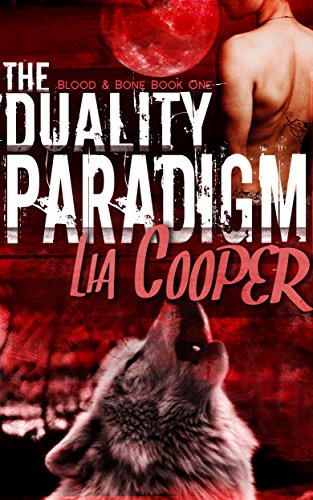 Seattle Police Detective Ethan Ellison, born into a long line of Quebecois magicians, leads a fairly unassuming life working Theft and consulting on magical misdemeanors. He’s spent eight years building a life for himself in Seattle, far from his father’s shadow. He works hard, lives under the radar, and fucks whoever catches his eye.

Detective Patrick Clanahan, beta-heir to Pack McClanahan, is a tightly wired bundle of rage and guilt, still trying to come to terms with the murder of his last partner.

When a human woman is murdered in werewolf territory under suspicious circumstances, Ethan is reassigned to worked the case with Clanahan in the hopes that he’ll be able to balance out the wolf’s rougher edges.

Too bad they mostly just rub each other the wrong way.

This is the first of three books in the BLOOD & BONE TRILOGY.