This Friday I’ve read Pretty Monsters (Josh of the Damned #1) by Andrea Speed. I was super tired and was looking for a short read before I fell asleep yesterday and went on the Amazon short reads lists and there it was.

I’ve read one or two stories by Andrea Speed before and I’ve been meaning to read the Infected series for ages but I still haven’t.

Pretty Monsters is a short, funny tale about Josh who works the night shift at the Quick-Mart. In just a few sentences Speed paints a world I wouldn’t mind being a part of. There are lizard guys, zombies, and pretty monsters. And I had a sneak peek at Peek-a-Boo (Josh of the Damned #2) and apparently there’s a yeti LOL.

Give it a try!

Update: I can’t find either Pretty Monsters or Peek-a-Boo, I don’t know if they’re only taken down temporary but we can always hope that’s the case. 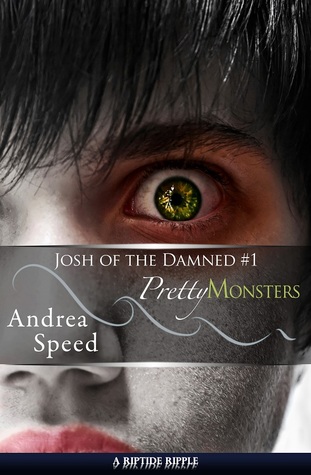 Josh knew the night shift at the Quik-Mart would be full of freaks and geeks—and that was before the hell portal opened in the parking lot. Still, he likes to think he can roll with things. Sure, the zombies make a mess sometimes, but at least they never reach for anything more threatening than frozen burritos.

Besides, it’s not all lizard-monsters and the walking dead. There’s also the mysterious hottie with the sly red lips and a taste for sweets.

Josh has had the hots for Hot Guy since the moment he laid eyes on him, and it seems Hot Guy might be sweet on Josh too. Now if only Josh could figure out whether that’s a good thing, a bad thing, or something in between. After all, with a hell vortex just a stone’s throw away, Josh has learned to take nothing at face value—even if it’s a very, very pretty face.