Friday again! I’m completely knackered. I don’t get how people get work, family, and writing to work out. I haven’t written a word all week and I’ve hardly read anything either. I had to have something to write about so I read Marked (Roads #1.5) by Garrett Leigh.

It’s a long time since I read the first book in the Roads series, Slide, but it only took me a line or two to get back into the story. I really need to read more Garrett Leigh, I love her writing, and if you’re into tattoos and haven’t read this series you definitely should. Ash has a troubled past, his lover, Pete is a paramedic, and in this short sequel, Ash puts his mark on Pete.

Short and nice, but read the first story in the series first! 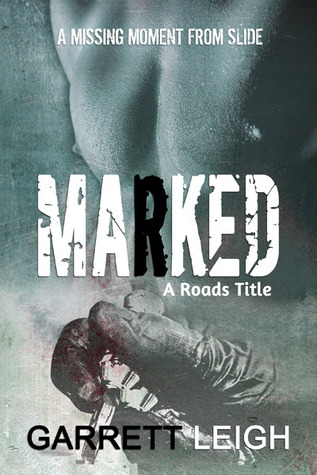 It’s been six months since Ash shuffled into Pete’s life and turned his world upside down, and six months since they sat in an all-night diner plotting Ash’s theoretical solution for Pete’s faded, botched tattoo. Pete has just about given up hope of Ash ever fulfilling his promise when one day the end of a long shift finds Ash waiting for him.

Tonight is the night.

Ash is ready, and it seems the time has come for him to leave his mark on Pete in more ways than he ever imagined.