I thought it would be fun to start 2018 with a book release, so today Worth His Salt – A Ghost Story (Tattooed Corpse Stories #2) is available to the world! 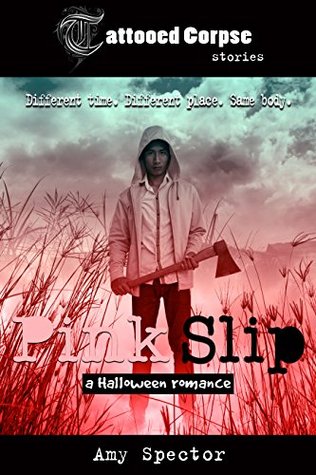 The Tattooed Corpse Series is a series of short stories that have nothing in common except that there at some point during the story will appear a body, the same body as in the previous stories and it has a snake tattoo on its forearm… These stories vary in genre and length (though they’ll all be pretty short) and the characters have nothing to do with each other – it is as it says on the cover ‘Different Time. Different Place. Same Body.’

I love being a writer, I love creating my own worlds, but sometimes you’re the only one in that world – apart from your characters, of course. Therefore it’s fun to take part in something that’s bigger than your own stuff, or at least I think so. We haven’t decided on how many stories there will be in the series but Amy Spector wrote the first one, Pink Slip – A Halloween Romance and now it’s time for Worth His Salt – A Ghost Story.

Worth His Salt is a paranormal little tale about Eldred Henstare, a not so powerful witch, and Mo Vin, a man living next to an abandoned lighthouse.

Two and a half year ago we bought a house in Småland, Sweden (Where Astrid Lindgren came from if you’ve read Pippi Longstocking or any of her other stories), and it’s lovely. I don’t regret moving here but, and that’s a big but, there is no sea.

I grew up on the west coast, I walked along the coastline every day with my dogs, I come from a long line of fishermen, maritime pilots, and lighthouse keepers. When I was a kid my dad use to take me to the ruins of a house on the cliffs where his grandparents used to live. My great-grandfather was manning the pilot look-out tower when it still was in use. It’s high up on the cliffs, the fall down is several metres and they lived there, far away from any civilization and it was even farther back then, with their children. I would worry myself to death, but I guess it was different times back then.

Anyway, I wanted to write a lighthouse story, so I did. There is nothing that fills you with such awe as seeing the sea, dark and grey when a storm is brewing. 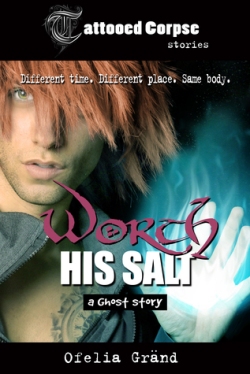