With JMS Books giving out Trick or Treat stories on Wednesdays this month, there will be a few guests dropping by later on. Therefore, we’re having an early #WhatToReadWednesday.

The theme? Halloween of course!

Monster Till Midnight by E.J. Russell

I love E.J. Russell’s stories, but I don’t read nearly enough of them. This I read a couple of years ago now, and I seldom read time-travel, but I loved this little short story.

What if you staged the best haunted house in the history of the holiday, but nobody came?

Brady is prepared with mounds of treats, stellar special effects, and an extraordinary welcome for the throngs of trick-or-treaters he expects in his first year at his new place—a gloriously gothic house with the reputation for really being haunted! But the trick’s on Brady: Halloween is almost over and not one person has knocked on his door.

Once a top Interdimensional Law Enforcement agent, Rej was busted down to Creature Control after a run-in with his arch-nemesis. When he tracks a non-sentient construct across the dimensional barrier, he’s sure he’s about to confront Gorvenath again. But the person who bursts onto the porch in a swirl of tuxedo coattails is a monster of a very different sort—but is he Gorvenath’s accomplice or his victim?

Monster Till Midnight is an 11,000-word gay romance featuring a hopeful samhainophile, a suspicious LEO, gratuitous candy corn, and a relationship that threatens to be really, really, really long distance.

The Gravedigger’s Brawl by Abigail Roux

This is a must, if you haven’t read it, do! It has creepy ghosts, and I love the characters.

When the past comes back to haunt you, order a double.

Dr. Wyatt Case is never happier than when he’s walking the halls of his history museum. Playing wingman for his best friend at Gravedigger’s Tavern throws him way out of his comfort zone, but not as much as the eccentric man behind the bar, Ash Lucroix.

Ash is everything Wyatt doesn’t understand: exuberant, quirky, and elbow deep in a Gaslight lifestyle that weaves history into everyday life. He coordinates his suspenders with his tongue rings. Within hours, Wyatt and Ash are hooked.

But strange things are afoot at Gravedigger’s, and after a knock to the head, Ash starts seeing things that can’t be explained by old appliances or faulty wiring. Soon everyone at Gravedigger’s is wondering if they’re seeing ghosts, or just going crazy. The answer to that question could end more than just Wyatt and Ash’s fragile relationship—it might also end their lives.

Not Microwave Safe: A Halloween Story by Kyle Adams

It’s the cover. I felt the need to include it. The story is short and free (last I checked) and while I’m sure most will find it funny, I wanted to severely hurt Uriah. 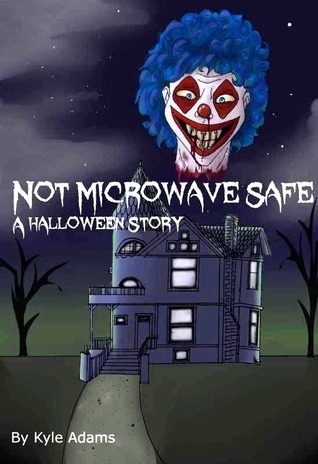 Kent has always hated Halloween and anything else that’s scary. But when his boyfriend, Uriah, wants to take him to a haunted house, he can’t say no.

Uriah can’t contain his excitement and loves creepy surprises. However, as the evening progresses and everything seems wrong, can he convince Kent to see the night through?

For Kent and Uriah, Halloween starts with a pop and ends with a bang, and life will never be the same again.

Not the best Lanyon story I’ve read, but it’s Halloween and with Lanyon you know what you get, right? 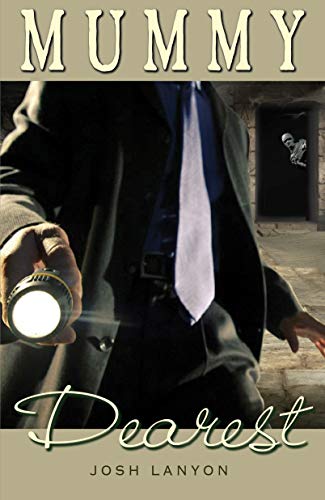 The truth is out there. Way, way, way out there!

Drew Lawson is racing against the clock. He’s got a twenty-four-hour window to authenticate the mummy of Princess Merneith. If he’s not at his boyfriend’s garden party when that window closes, it’ll be the final nail in their relationship coffin.
The last thing he needs traipsing on the final shred of his patience is brash, handsome reality show host Fraser Fortune, who’s scheduled to film a documentary about the mummy’s Halloween curse.

The opportunity to film a bona-fide professor examining the mummy is exactly the aura of authenticity Fraser needs. Except the grumpy PhD is a pompous ass on leave from his ivory tower. Yet something about Drew has Fraser using a word he doesn’t normally have to draw upon: please.

With no time to waste—and a spark of attraction he can’t deny—Drew reluctantly agrees to let Fraser follow his every move as he unwraps the mummy’s secrets. Soon they’re both making moves behind the scenes that even the dead can’t ignore!

Once Upon a Haunted Moor (Tyack & Frayne 1) by Harper Fox

This is good. There is something on that moor, so you better watch out!

Gideon Frayne has spent his whole working life as a policeman in the village of Dark on Bodmin Moor. It’s not life in the fast lane, but he takes it very seriously, and his first missing-child case is eating him alive. When his own boss sends in a psychic to help with the case, he’s gutted – he’s a level-headed copper who doesn’t believe in such things, and he can’t help but think that the arrival of clairvoyant Lee Tyack is a comment on his failure to find the little girl.

But Lee is hard to hate, no matter how Gideon tries. At first Lee’s insights into the case make no sense, but he seems to have a window straight into Gideon’s heart. Son of a Methodist minister, raised in a tiny Cornish village, Gideon has hidden his sexuality for years. It’s cost him one lover, and he can’t believe it when this green-eyed newcomer stirs up old feelings and starts to exert a powerful force of attraction.

Gideon and Lee begin to work together on the case. But there are malignant forces at work in the sleepy little village of Dark, and not only human ones – Gideon is starting to wonder, against all common sense, if there might be some truth in the terrifying legend of the Bodmin Beast after all. As a misty Halloween night consumes the moor, Gideon must race against time to save not only the lost child but the man who’s begun to restore his faith in his own heart.

Does this take place on Halloween? I can’t really remember. Creepy ghosts!

The Good Guy: Haint-working runs in Dan Miller’s blood. Not everyone can help the restless dead cross over, especially when the haunting threatens the Living. But the death of his parents six years ago forced Dan to give it up in exchange for raising his brother and sister, all the while struggling to keep their rural NC farm afloat.

So when the flamboyantly goth Leif Helsvin shows up on Dan’s doorstep looking for help with an evil necromancer named Runar, Dan’s first instinct is to turn him down. With two teenagers to look after, he’s already got all the trouble he can handle. Besides, the sexy Leif is too much of a temptation, and Dan is firmly in the closet.

The Bad Boy: Pierced, tattooed Leif never has sex with the same guy twice. It keeps things simple, especially since his oath to stop Runar has him constantly drifting from one town to the next.

But this time, it looks like Leif is going to need help, in the form of the very down-to-earth Dan. Since Nice Guys are off the menu, Leif just has to keep his hands to himself for as long as it will take to stop Runar’s latest scheme. But as Leif finds himself drawn deeper into Dan’s life, he quickly realizes he’s not just in danger of breaking the rules, but breaking his heart as well.

There’s a presence in the attic, malevolent, waiting. When Bennie’s aunt passes away, he’s given the task of sorting her things before the estate sale. But the chore that should have been a pleasant visit to the past becomes a nightmare for him and his longtime lover Jordan as the dark presence in the attic seeks a new home in them.

Their once gentle and sensual love turns to a dark passion, hard and rough and hurtful. Jordan sees the change, but will his love be strong enough to save them?

Resurrection Man (Bump in the Night) by Laylah Hunter

I can’t remember when this actually takes place, might not be anywhere near Halloween, but a little Frankenstein’s monster seems like a good fit LOL (it’s free) 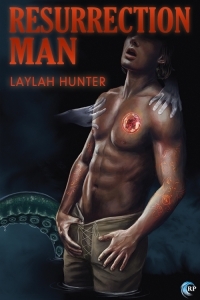 Consumption has claimed the life of Adel St. Claire, cutting him down in his prime. But his lover, Josef Leitner, isn’t ready to let him go. To get Adel back, Josef is willing to risk the anger of Adel’s family, make unsavory deals with a corrupt mortician, and challenge the authority of death itself.

Even if he can reanimate Adel’s body, Josef’s next challenge may be more daunting still: when a man returns from the dead, what will it take to satisfy his needs?

October Spice by K.L. Noone

We need something sweet too! This short little story is filled with tasty baked goods.

But a delivery mix-up has a customer knocking at Evan’s door. Matt’s right out of Evan’s fantasies: a deliciously adorable off-duty firefighter who compliments his cupcakes and makes Evan smile, and looks at him like Evan’s the tastiest treat of all.

They’ve only just met, but Matt might bring all of Evan’s fantasies to life … with extra spice. 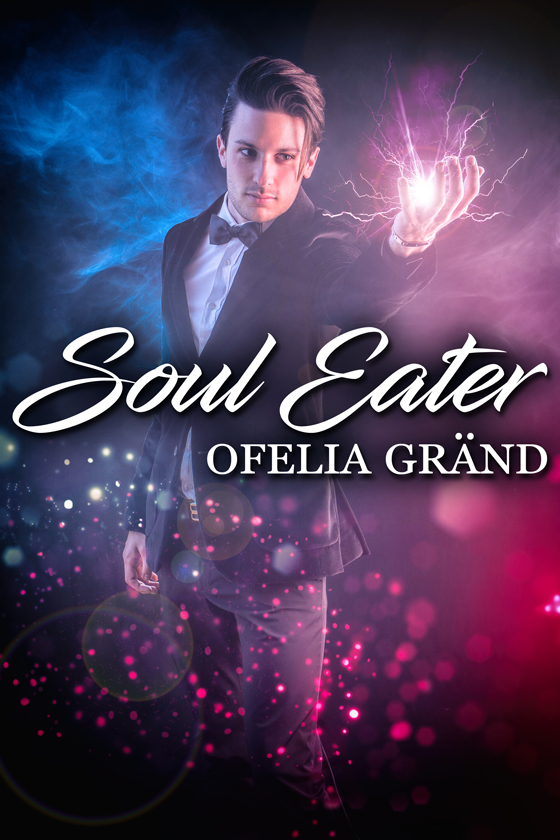 Detective Thaddeus Ezax is in over his head. He’s the only wizard in Rockshade’s Paranormal Investigations Department, and it was his name that got him the job. The Ezaxs are known as some of the most powerful wizards in the world, but Thaddeus isn’t your average Ezaxs. Is it any wonder his family shuns him?

When a kidnapping case is dropped into his lap, Thaddeus must act fast. While most five-year-olds can cast a location spell, Thaddeus can’t and is forced to get creative. When he finds himself in possession of a black market werewolf skull with a ghost trapped inside, accidentally releases the spirit, and somehow forms a connection with it, things get even crazier.

Sandulf Hunter doesn’t remember dying, but he remembers the last thing he saw before everything went black — a wizard. All wizards must die! The only problem is, the wizard standing next to him smells too damned good, so good Sandy thinks he might have to keep him.

And since wherever Thaddeus goes, Sandulf finds himself yanked along, he might not have a choice in the matter anyway. 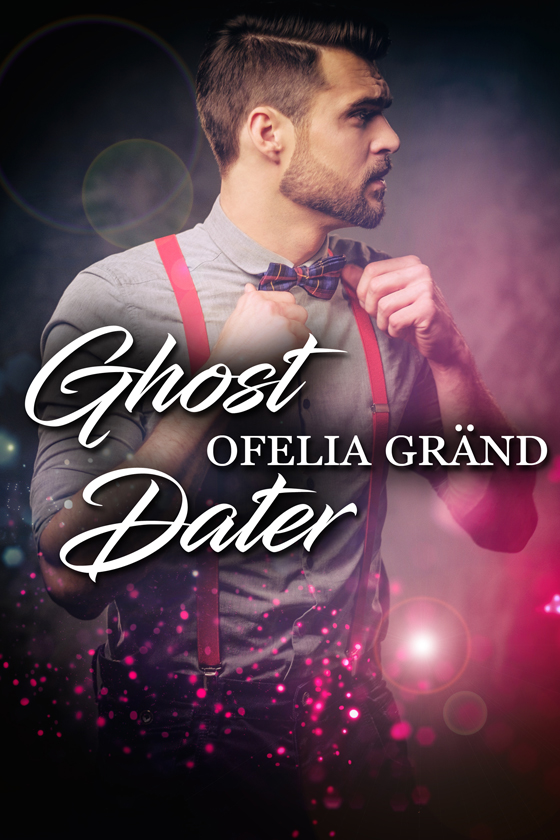 Thaddeus Esax has a grumpy werewolf problem. For a year, he’s been mated to Sandulf Hunter, a ghost werewolf he brought back from the dead without meaning to. It’s been great. Thad’s been happy, and he believed Sandy was too. But Sandy has been sulking for more than a week, and Thad fears their relationship isn’t going as well as he believed.

The problem with being mated to a ghost is that said ghost never can leave your side, and therefore it’s extremely hard to keep secrets. Thaddeus wants to surprise Sandy, to cheer him up, but to do that, he has to trick him into believing they’re doing something they’re not.

Telling Sandy they’re having a Halloween party doesn’t go over well, but how do you trick a ghost? By making him believe he’ll be dressed up as a pirate for an evening, of course.

Pre-order in the JMS shop