St. Patrick’s Day is coming up, so I thought I’d do some green reads. I did that a few years ago, so there might be some repeats, but what are you gonna do? 😆

I’ll Be Your Drill, Soldier by Crystal Rose

I should reread this, but I’m afraid to. I loved it when I first read it many, many years ago, and now I fear I won’t. I remember laughing a lot and then some moments made me want to cry. One day I might dare read it again. 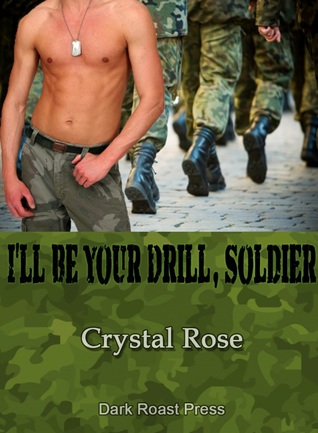 Ryan Gracin had a good life until he told his parents he was gay. Since they yanked their support for college he had to find a way to pay for it. Little did he know that joining the Army was going to change his life forever. Especially when he was introduced to a Drill Sergeant who was nicknamed ‘Big Daddy’.

Phillip Grabowski had joined the Army to follow in his father’s footsteps; by the time Ryan entered, he had already made a name for himself. He was a soldier’s soldier, but Ryan was making it really hard for him to remember that.

I’ve been glancing at this lately, thinking maybe it’s time for a reread. Awesome ghost story!

In the mid-1950s, Jack Dayton flees his working-class prospects in Omaha and heads to Hollywood, convinced he’ll be the next James Dean. But sleazy casting couches don’t earn him stardom, and despair leads to a series of poor decisions that ultimately find him at a cheap motel off Route 66, lifeless at the bottom of the pool.

Sixty years later, Tag Manning, feeling hopeless and empty, flees his most recent relationship mistake and takes to the open road. On a roundabout route to Las Vegas, he pulls over to rest at an isolated spot on Route 66. There’s no longer a motel or pool, but when Tag resumes his journey to Vegas, he finds he’s transporting a hitchhiking ghost. Jack and Tag come to find much-needed friends in each other, but one man is a phantom and the other is strangely cursed. Time is running out for each of them, and they must face the fact that a future together may not only be a gamble… it may not be in the cards.

I’ve only read this story in this series. I like a good post-apocalyptic story, and I enjoyed this, but I’m extremely boring when it comes to monogamy. I don’t mind the main character going from one relationship to another, but I don’t do cheating, and I don’t do multiple partners if I can avoid it. 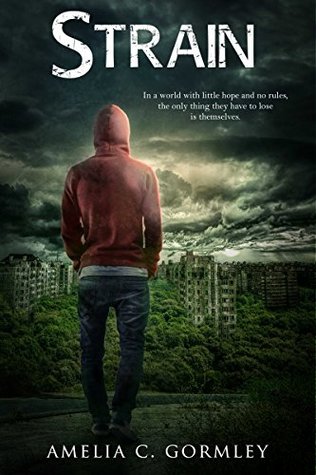 In a world with little hope and no rules, the only thing they have to lose is themselves.

Rhys Cooper is a dead man. He’s spent years hiding from the virus that wiped out most of the human race, but an act of futile heroism has him counting down his remaining days. The timely arrival of superhuman soldiers offers some feeble hope–but only if Rhys can reconcile himself to doing what is necessary to take advantage of it.

Sergeant Darius Murrell has seen too much death and too little tenderness. His job is seeking out the infected to put them out of their misery, or sending the uninfected survivors to a safe haven where he and his fellow Juggernaut troops will never be welcomed. Rhys’s situation is different, though. Not only is there an improbable chance that Darius won’t have to put a bullet in Rhys’s head, but he has somehow managed to get under Darius’s skin.

The virus Rhys must infect himself with in order to survive is sexually transmitted, and optimizing his chance of exposure requires him to submit as often as possible to Darius–and the other soldiers. Though the boundaries of morality have shifted in this harsh new world, Darius and Rhys question whether their humanity is too high a price to pay for Rhys’s survival.

Think of England by K.J. Charles

Allow me to fangirl for a moment. I love this one! Amazing characters, nice mystery, and creepy caves. What more can you wish for?

Lie back and think of England…

England, 1904. Two years ago, Captain Archie Curtis lost his friends, fingers, and future to a terrible military accident. Alone, purposeless and angry, Curtis is determined to discover if he and his comrades were the victims of fate, or of sabotage.

Curtis’s search takes him to an isolated, ultra-modern country house, where he meets and instantly clashes with fellow guest Daniel da Silva. Effete, decadent, foreign, and all-too-obviously queer, the sophisticated poet is everything the straightforward British officer fears and distrusts.

As events unfold, Curtis realizes that Daniel has his own secret intentions. And there’s something else they share—a mounting sexual tension that leaves Curtis reeling.

As the house party’s elegant facade cracks to reveal treachery, blackmail and murder, Curtis finds himself needing clever, dark-eyed Daniel as he has never needed a man before…

This is the fourth story in the series, so I’m suggesting reading the first three first, but the cover is pretty green so I’m including it. I reread the first seven of this recently, and I love Vic. He’s an awesome character.

Victor Bayne’s job as a PsyCop involves tracking down dead people and getting them to spill their guts about their final moments. It’s never been fun, per se. But it’s not usually this annoying.

Vic has just moved in with his boyfriend Jacob, he can’t figure out where anything’s packed, and his co-worker is pressuring him to have a housewarming party.

Can’t a guy catch a break?

On a more sinister note, Vic discovers there’s absolutely no trace of him online. No trace of anyone else who trained at “Camp Hell,” either.

Everyone Vic knows has signed a mysterious set of papers to ensure his “privacy.” The contracts are so confidential that even Vic has never heard of them. But Jacob might have.

What other secrets has Jacob been keeping?

I have a few green ones too… 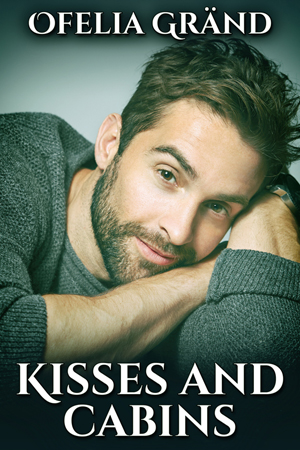 Kace Channing has been best friends with Luke Holland for thirty-five years. He can’t imagine his world without him. But over the last twelve months, they’ve hardly seen one another. And life without Luke seems empty.

When Luke shows up on Kace’s doorstep, asking for a place to stay, Kace is happy to say yes. But he isn’t prepared for the kiss that follows, or ready to admit he could kiss Luke forever. What they already have is too important.

And when Luke, the least outdoorsy person Kace knows, tells him he’s buying a cabin in the woods, Kace tries to talk him out of it. But Luke’s made up his mind. He says they need it, the two of them.

But won’t kisses and cabins ruin their friendship?

When his older boyfriend fears he’s holding Levi back from fulfilling his youthful dreams, he encourages him to break free and seek adventure. Levi, hurt and confused, does just that … But in an immature act of rebellion, he enlists in the army. The army!

Levi never wanted to be a soldier, and he never, ever wanted to go to faraway places, but he is now committed to serving his country for two whole years.

Madoc Griffiths did the right thing when he let Levi go, he knows he did, but if it was the right thing, then why can’t he move on? Every night he dreams about Levi; every day he misses him. But Levi is young, and Madoc will not stand in the way of Levi following his dreams.

But being a soldier isn’t Levi’s dream.

There is nothing Levi wants more than to do his time and return home to Northfield and fight for his man. Madoc was sure he’d be able to move on, but once he hears Levi will be home on a two-week leave, he can think of nothing except seeing him again. But can he stand to be with his lover for two weeks and then let him leave to fight a war? 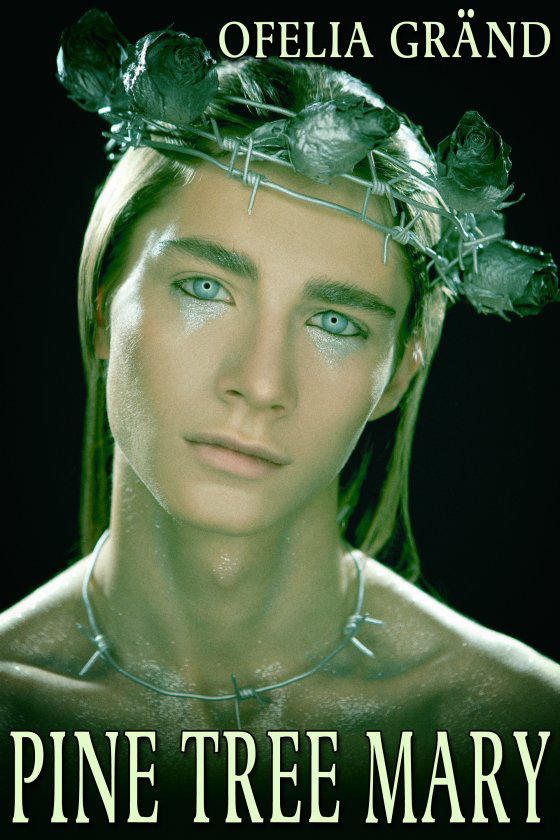 Detective Quinn Manning wants nothing more than to see Diamond Dace, one of Fagerdal’s most notorious drug lords, behind bars. After years of the man eluding the authorities, when Manning accidentally stumbles onto an opportunity to catch the powerful dealer red-handed, he doesn’t hesitate. But what should be a simple tail instead drops Manning into a real-life world of myth and legend.

Hush is a hulder, a forest spirit also known as a pine tree Mary. Since the beginning of time, his people have lived in the forest, feeding off the energy they derive from the lust and desires of passing hunters. But Hush is an abomination, the only male of his kind.

After a lifetime of starvation, Hush has struck a deal with a human. A simple trade that will give the human what he desires and keep Hush from wasting away completely.

When Manning saves a young man from Diamond and one of his men, his view of reality is altered forever. And Hush, who has never met anyone like Manning, finds the man’s attraction to him enough to finally stave off his constant hunger.

Together they set out to rescue Manning’s partner, and their connection to one another grows. But can a human detective have a future with a creature of the forest, a creature who isn’t supposed to exist?

One thought on “#WhatToReadWednesday | Green Reads”